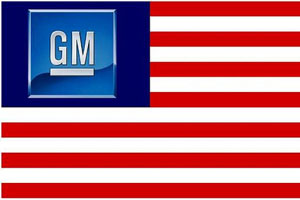 GM will begin paying back the TARP money in December, the company announced this morning. It’s a statement in need of a little context.

Basically, GM will be using a portion of its $50 billion in TARP bailout money it received to in turn repay another portion of the TARP loans.

The reason GM can do this is because when GM emerged from bankruptcy, it struck a deal with the Treasury Department to carve up its obligation to the government in four different ways.

They are, briefly: 1) $986 million remained an obligation of the old GM, the husk of the company left behind through its bankruptcy restructuring, and will never be seen again, 2) $6.71 billion remained as an interest-bearing loan, 3) $2.1 billion of the obligation was converted to preferred stock, which is a form of equity ownership that pays a fixed dividend, and 4) the rest was converted to a 60.8 percent equity stake in GM.

In a comprehensive overview (PDF) earlier this month, the GAO deemed that scenario “unlikely.” The former chief of the auto task force went farther, saying that $20 billion of the $50 billion given to GM probably won’t be coming back.

GM’s announcement today was just about No. 2, that $6.71 billion loan—it will begin repaying next month, it said. But the money to repay the loan will come from a portion of the government money it has set aside. In other words, GM has not actually drawn down every dollar of the $50 billion. It has about $13.4 billion sitting in an escrow account, and it’s tagged $8.1 billion of that to repay loans it owes both the U.S. and Canadian governments. (Incidentally, GM also got a $1.3 billion loan from Germany in support of its European unit.)

And there’s your context. Essentially, the good news is that GM thinks it won’t need to draw down more than about $40 billion of the $50 billion the U.S. gave it.

As with all other recipients of the bailout, we continually track GM’s progress towards making the taxpayer whole. Since last December, GM has paid the Treasury $178 million in interest (before bankruptcy) and dividend payments. Meanwhile, about $50.4 billion remains outstanding.

Note: Not dealt with here for simplicity’s sake is $884 million which Treasury used to purchase a portion of GM’s equity in GMAC, its financing arm. In exchange, Treasury received a 35 percent equity stake in GMAC.