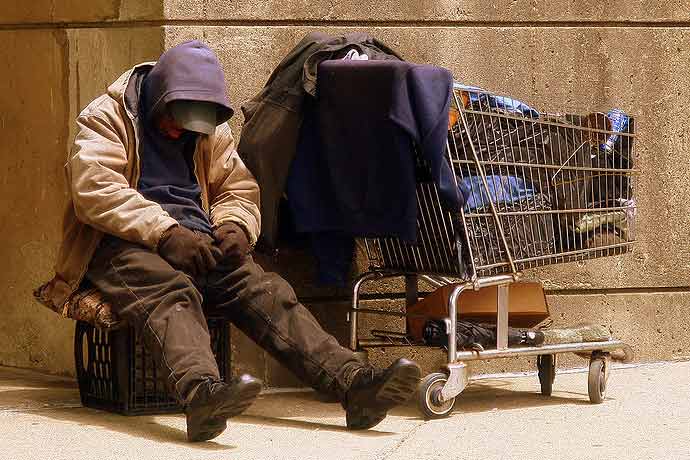 Almost half of unemployed workers in the United States experience mental-health problems. Some 40 percent of those with children say their kids show “behavioral changes.” One-quarter have lost their homes or are close to it. One-quarter receive food stamps. What Tuesday’s New York Times poll didn’t mention are the social implications. Here’s what your neighborhood can expect if the job situation isn’t addressed:

More homeless — 19 out of 25 cities saw an average 12 percent rise in homelessness from November 2008 through this past October. “We’re seeing a new trend and I would expect the number to rise substantially,” Nan Roman, president of the Washington-based National Alliance to End Homelessness, told Reuters.

More homeless mentally ill — 20 to 25 percent of the 700,000-plus homeless people living on the street are thought to have a serious mental illness. Expect homelessness to exacerbate mental health issues—like severe depression—linked to job losses.

More people on Medicaid — States estimate that Medicaid enrollment will rise 6.6 percent over current level as a result of the recession. Enrollment grew by a state average of 5.4 percent in 2009, the highest rate in six years.

This vicious poverty cycle may seem too daunting to tackle—where to begin?—but in these writings, Kevin Drum and James Ridgeway offer long-term solutions for some of the problems this new slew of poor and their communities potentially face. Spoiler alert: The remedy involves progressive taxes for social services.