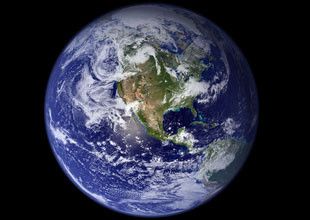 If you really want to fight climate change, stop “going green.” That’s the message that Mike Tidwell, the director of the Chesapeake Climate Action Network, pushed in a Washington Post column on Sunday. Tidwell’s piece has rocketed around the lefty blogosphere; Kevin wrote about it yesterday. This is the heart of Tidwell’s argument:

Instead of continuing our faddish and counterproductive emphasis on small, voluntary actions, we should follow the example of Americans during past moral crises and work toward large-scale change. The country’s last real moral and social revolution was set in motion by the civil rights movement. And in the 1960s, civil rights activists didn’t ask bigoted Southern governors and sheriffs to consider “10 Ways to Go Integrated” at their convenience…. Don’t spend an hour changing your light bulbs. Don’t take a day to caulk your windows. Instead, pick up a phone, open a laptop, or travel to a U.S. Senate office near you and turn the tables: ‘What are the 10 green statutes you’re working on to save the planet, Senator?

Kevin says that this is the only way to fight climate change:

The only real way to address climate change is to make broad changes to laws and incentives.  It puts everyone on a level playing field, it gives everyone a framework for making their own choices, and it gives us a fighting chance of making the deep cuts we need to.

Actually, the truth is broader. The essence of liberalism is the belief that the only way to do anything important is to “make broad changes to laws and incentives.” That was basically the point of Clinton labor secretary Robert Reich’s awesome book Supercapitalism, which came out in 2007. Reich argued that the left had lost its way, that politics had become “diverted” to activism. Reich charged that modern liberals focused far too much on the behavior of individual people and single corporations instead of pushing for broad change.

Instead of focusing their energy on passing laws requiring that all companies offer their employees health insurance, for example, liberals simply slammed scapegoat companies—say, Wal-Mart—for not offering health insurance. But by pressuring one company to do something that other companies aren’t doing, you’re probably hurting that company’s bottom line—and helping its non-compliant competitors.

The exact same thing applies to individual efforts to fight climate change—you can try to live a “green” life, but you’re just wasting your money and time if the problem isn’t solved collectively. Thankfully, we know that President Barack Obama understands this problem. Remember this Obama quote from Newsweek‘s election roundup?

I don’t consider [debates] to be a good format for me, which makes me more cautious. I often find myself trapped by the questions and thinking to myself, ‘You know, this is a stupid question, but let me … answer it.’ So when Brian Williams is asking me about what’s a personal thing that you’ve done [that’s green], and I say, you know, ‘Well, I planted a bunch of trees.’ And he says, ‘I’m talking about personal.’ What I’m thinking in my head is, ‘Well, the truth is, Brian, we can’t solve global warming because I f—ing changed light bulbs in my house. It’s because of something collective’.

Indeed. But collective action, however necessary, is hard. In the next few weeks, we’ll get to see if Obama can achieve it—on health care, and, just as crucially, on climate change in Copenhagen. You can follow our full coverage on the Blue Marble.