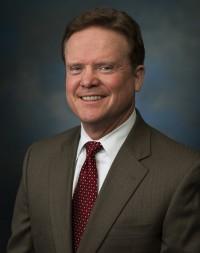 On Friday I reported that Sen. Lisa Murkowski (R-Alaska) has picked up a Democratic co-sponsor for her efforts to block the Environmental Protection Agency from regulating greenhouse gases. I haven’t been able to conclusively pin down who that is, but a number of Hill sources are pointing to Virginia Democrat Jim Webb.

Several Democratic offices have pointed to Webb, as have environmental lobbyists working to block Murkowski’s measure. Webb’s office has not responded to requests for confirmation or comment.

It wouldn’t be that surprising if Webb joined Murkowski’s effort. Last month Webb lambasted the Obama administration for pursuing an international deal on climate change in Copenhagen before the Senate had passed a climate bill. At the same time, he has pledged to vote against the cap-and-trade bills circulating in Congress. In November, Webb announced that he’s co-sponsoring a alternative climate bill with Tennessee Republican Lamar Alexander. That measure shuns a cap on carbon—the mechanism designed to ensure that emissions actually get cut—and instead pushes piles of money toward nuclear energy, biofuels, carbon capture and storage, and renewable energy.