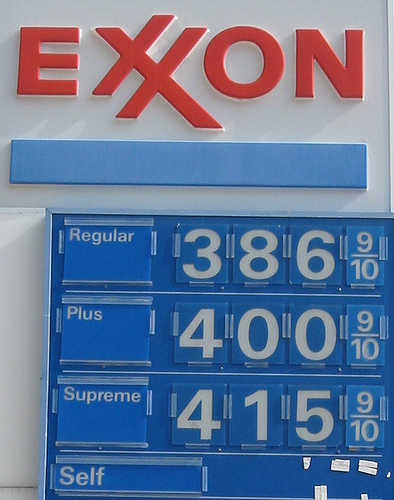 ExxonMobil is still funding groups that deny climate change, despite claiming last year that it had stopped doing so.

Josh Harkinson reported on Atlas‘s role in the international climate change denier web in December, and Exxon topped our list of climate deniers in December. In fact, they’ve been the top source of climate-change-denier funding for some time, as  Chris Mooney reported for Mother Jones in 2005. Exxon gave Atlas $100,000 in 2008, according to the oil company’s reports, and Atlas has in turn supported at least 30 other foreign think-tanks that spread climate change misinformation. A number of these groups have been at the forefront of efforts to flog the so-called ClimateGate issue, and are now leading assaults on the Intergovernmental Panel on Climate Change.

ExxonMobil’s response? “We have the same concerns as people everywhere—and that is how to provide the world with the energy it needs while reducing greenhouse gas emissions,” the company said in a statement to the Independent. Yes, ExxonMobil, the fossil fuel-giant, is just like “people everywhere.”