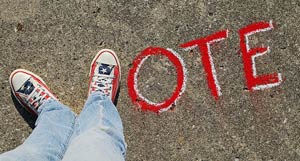 By now pretty much everyone has read Russell Shorto’s New York Times Magazine cover story on the Texas state board of education. The whole controversy is kind of fascinating, but one aspect of the Texas textbook wars that can’t be overstated is the skill with which conservative activists, in Texas and elsewhere, have exploited the democratic process—most notably by packing school boards—to advance their cultural agenda. Shorto digs up a pretty telling quote from Ralph Reed, formerly of the Christian Coalition: “I would rather have a thousand school-board members than one president and no school-board members.”

That’s probably right. After all, if you have a thousand school-board members, there’s a pretty good chance that no one will even notice; it’s a stealth revolution. With that in mind, I think Sara Mead nails it at Eduwonk:

Although it varies by state, Americans tend to elect a whole bunch of public officials, including a lot of officials in relatively obscure roles….that aren’t well understood by the public. Most voters, who have limited time and energy to devote to these issues, can’t possibly follow the performance and positions of all these officials. Having more of them be appointed by mayors, governors, and other public officials who are better known to voters may actually increase accountability.

I consider myself politically engaged, but the best way to sneak some major reform past me is to put it on the local ballot. When you leave it to the voters to assemble a panel of education experts, who, in turn, craft a state-wide curriculum, they often make weird choices—for instance, the leading conservative voice on the Texas board of education, Don McLeroy, is a dentist. Naturally.

In the meantime, expect more stories like this, fron the Austin American-Statesman, on the moderate school board candidate who’s now being smeared as soft on terror:

“Could Tim Tuggey, who has made tens of thousands of dollars by helping the Saudis to scrub their image, be trusted to stand up to the far left to make sure our history books do not undergo revisionism?” wrote Donna Garner, a conservative education commentator who then urged her readers to donate to [the incumbent Ken] Mercer.

Well, someone had to ask, I guess.