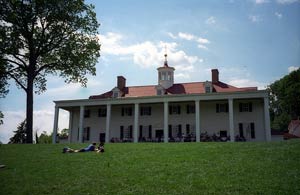 Here’s why: By embracing the Tea Party’s Founding Fathers meme, it offers a roadmap for how social conservatives plan on piggybacking off of the Tea Party’s success to re-engerize their own base. The structure and message of the Tea Party movement is remarkably similar to that offered for decades by the religious right; they share the same heroes, the same literature (The 5000 Year Leap, for instance), and reverence for the same Founding documents; if it weren’t for the tri-cornered hats, you’d be hard-pressed to tell the two groups apart. Those similarities aren’t lost on social conservative leaders. As Sarah Posner has argued at Religion Dispatches, there are already plenty of indiciations that activists of the Religious Right and Tea Partiers, to the extent that they’re actually distinct from each other, have been increasingly linking arms. (Ralph Reed has been pretty obviously trying to do just that with his new Faith and Freedom Coalition.)

Now, whether that effort will be successful is another story. As Stephanie Mencimer reported for Mother Jones last fall, there’s a generational divide that’s forcing social conservatives to shift their tone and their tactics. And they’re responding—as I’ve noted previously, organizations like Focus on the Family have consciously shifted towards a softer message, downplaying the fire and brimstone of years past. Can social conservatives make their message mesh with Tea Partiers, too?