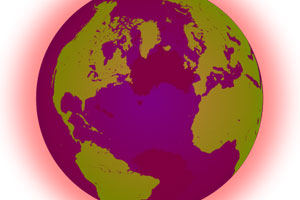 UPDATE: After the original version of this story went to press, the National Association of Insurance Commissioners voted to roll back some of the new disclosure policies. Now, most states will allow insurers to keep their disclosures private, and will allow the survey to be a voluntary exercise rather than a mandatory new rule. The regulators also added language noting that the guidance should not be construed as expressing an opinion about the “existence or absence of climate change.” Joel Ario, the Pennsylvania insurance commissioner and chair of the NAIC’s climate task force, tells Mother Jones that a number states, however, are still planning to move forward with the new disclosure policies as planned.

A few years ago, insurance regulators from across the country were scheduled to meet in New Orleans for a summit on climate change risks. Al Gore was expected to be among the speakers. Then, Katrina struck.

This month, the National Association of Insurance Commissioners is set to begin requiring companies to file disclosures showing the risks to their business from a warming planet. And for the most part, insurers are welcoming the new regulations. “Insurers are probably the only people I know who are more worried about climate change than the environmentalists,” says Joel Ario, the Pennsylvania insurance commissioner and chair of the NAIC’s climate task force. “There’s all this political noise back and forth about ‘Is there really climate change?’ and so forth. The companies know that the weather patterns are changing. And they know that there’s real risk out there.”

Not all insurers were thrilled, of course, and one major trade group, the National Association of Mutual Insurance Companies, still maintains that “there is simply too much uncertainty about the nature of climate change…to justify mandatory ‘disclosure’ of this purported risk.” Nevertheless, the rules,which will be phased in over the next two years, have already set a precedent for other industries. The Securities and Exchange Commission in January issued new guidance for companies to disclose the impact that climate change may have on their businesses. “This really lays the groundwork for whatever may occur for all publicly traded companies,” says Sean Dilweg, Wisconsin’s insurance commissioner and a former head of the NAIC climate task force.

Dilweg also hopes the rules send a strong message to Congress, which is locked in a stalemate over climate legislation. This is, after all, an industry that spent $164 million last year to influence lawmakers. “Instead of sitting and waiting for legislation, we’re starting the process,” he says.

This piece was produced by the Climate Desk collaboration.