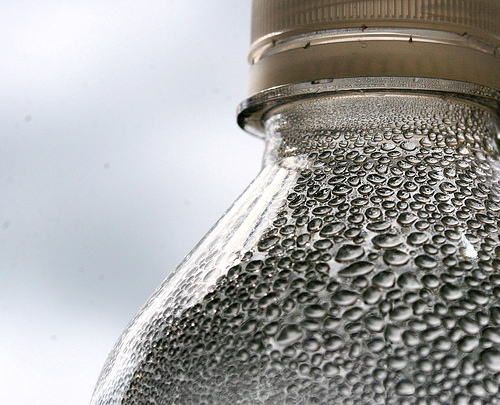 The University of California has increased tuition by 37 percent and laid off 2,000 staff and faculty to cover a $637 million budgetary shortfall, but somehow it still managed to find $2 million for brand name bottled water at its campuses in San Francisco and Berkeley. And to make matters worse,     these two Bay Area cities boast some of the nation’s best tap water!

According to its own estimates, UC-San Francisco has paid Arrowhead $250,000 to $320,000 a year since 2004 for water delivered in three-to-five gallon jugs that it dispensed in rented coolers. And officials from UC-Berkeley told the New York Times that it has paid $522,215 since 2004.

You would think they would have learned to ditch bottled water years ago when the city of San Francisco banned it in government offices. That decision came after a 2006 San Francisco Chronicle investigation which revealed that the city spent $500,000 a year on its bottled water service. To read more about the dark side of the bottled water industry, check out Anna Lenzer’s expose on Fiji water.