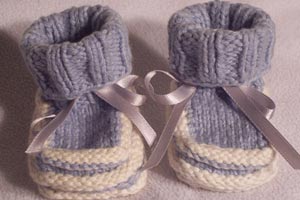 More male fetuses than female were miscarried in the year after 9/11, a new UC Irvine study finds. According to a lead researcher, here’s why:

In this case, women across the country were undergoing a process of “communal bereavement” — empathizing with others, even if they hadn’t experienced a direct loss during 9/11.

“It’s a situation where witnessing harm, even if you don’t actually suffer yourself, can actually induce harm,” Bruckner said.

Female fetuses are hardier than males, because women have adapted to produce what Bruckner describes as “the alpha male.” In times of prosperity and security, male fetuses are more likely to be brought to term, because there’s a greater chance that they’ll be healthy and robust. During periods of scarcity, however, male miscarriages are much more common.

“A woman’s body faces a decision — evolutionary, not cognitive — of whether to carry her male baby to term, or abort the fetus,” Bruckner said. “If you’re pregnant in a time of low resources, there’s less impetus for your body to bear that child.”

So: Women were emotionally drained by 9/11, so somehow their bodies knew it’d be harder to raise an “alpha male” in such a stressful environment. Therefore, their wombs rejected the male fetuses.

I’m skeptical. For starters, how could you ever prove such a theory? For a while now another MoJo editor and I have been collecting examples of folks taking the general principle of natural selection and really just running with it, using it to explain all sorts of things. For example: Why do men prefer blondes? “Typically, young girls with light blond hair become women with brown hair. Thus, men who prefer to mate with blond women are unconsciously attempting to mate with younger women.”  Why do women like the color pink? “Being drawn to men with rosy, rather than pale, complexions may also have helped them bear healthy children.”

These are fun to think about, since the have a sort of a creation-myth feel about them. That’s probably because we’ve evolved to wonder about human nature, don’t you think? But seriously, this isn’t science, it’s speculation. And in the wrong hands, it could actually be used to undermine real evolutionary science. That could be dangerous.