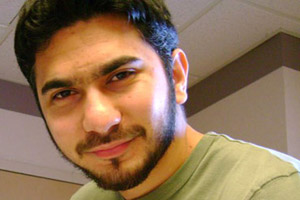 There was really nothing memorable about the 24-year-old Pakistani guy whom George LaMonica bought his Norwalk, Connecticut, condo from in the spring of 2004. Had it not been for what happened shortly after he moved in, LaMonica might have forgotten him entirely. LaMonica says he arrived home one day to find the business card of a detective working with an FBI-led task force. When he later spoke to the investigator, he says, he was asked about the condo’s previous owner. The potential significance of this only became apparent years later, when the man in question, Faisal Shahzad, was arrested for the failed plot to detonate a car bomb in New York’s Times Square.

LaMonica’s account, if accurate, raises some crucial questions: Why were the feds sniffing around Shahzad six years ago? Did they have suspicions about him that should have been acted upon before he parked a bomb-laden Pathfinder in the heart of New York City? As in the Fort Hood shooting and the bungled Christmas Day bombing, did government agencies possess pieces of the puzzle, yet fail to grasp the big picture?

According to CBS, from 1999 to 2008 Shahzad’s name appeared on a government immigration watch list known as the Traveler Enforcement Compliance System after he brought “approximately $80,000 cash or cash instruments” into the US. It’s unclear if this is related to the inquiry LaMonica describes, which remains a major mystery—all the more so because the FBI maintains it has no record of interviewing LaMonica. Further, spokesman Paul Bresson denied that any investigation involving Shahzad took place in that timeframe.

Since Shahzad’s arrest, LaMonica, a 35-year-old computer consultant, has been besieged by reporters digging for information on the suspected terrorist’s background. Not that LaMonica has much to add. “I’ll tell you the same thing I’ve told the hundreds of other reporters,” he responded when I contacted him via Facebook. “I met him at the closing just long enough to get writer’s cramp while signing the mountain of legal documents,” LaMonica wrote. “He was just a normal young guy. He dressed in a polo or button-down, and there was really nothing ‘off’ about him.”

“The only item of interest,” he went on, was the fact that an FBI task-force investigator contacted him. “He basically asked all the questions you guys have been,” LaMonica said. “It really didn’t seem like it was anything other than a routine investigation.”

Based on LaMonica’s description, the detective he says he spoke with was likely a Connecticut state trooper detailed to a Joint Terrorism Task Force. Coordinated from the headquarters of the National Counterterrorism Center in Northern Virginia, JTTFs operate in more than 100 cities around the country, composed of personnel from a variety of federal, state, and local law-enforcement agencies. Over the years, JTTF units have spearheaded high-profile terrorism investigations, including those that led to the arrests of the Lackawanna Six and the Portland Seven, as well as the thwarting of the 2007 Fort Dix plot. It was members of a New York-based task force that apprehended Faisal Shahzad last Monday as he tried to flee the country.

LaMonica’s recollection of speaking with a detective about Shahzad was first reported by the New York Times last week; it was buried eleven paragraphs deep in a profile of the alleged terrorist. Outside of a handful of blogs (most of them conservative-leaning) and a single question referencing the Times story at Wednesday’s White House press briefing, this intriguing revelation has received almost no attention. (Press secretary Robert Gibbs said he had “not seen” the New York Times report.) Along with the CBS story, LaMonica’s account suggests that Shahzad, for one reason or another, was on the radar of federal authorities years before the attempted bombing.

That said, no evidence has surfaced yet to indicate that Shahzad had become radicalized back in 2004. Reports suggest that his extremist worldview only manifested itself fairly recently. “As far as I’m concerned, this is not the person I knew six years ago,” Kevin Courbois, Shahzad’s real estate agent on the condo sale to LaMonica, told me. He said that authorities never made any attempt to contact him about Shahzad, and he’s puzzled why anyone would question LaMonica. Mostly, though, he’s baffled by Shahzad’s apparent transformation from a mild-mannered and hard-working young man into a suspected terrorist with alleged ties to the Pakistani Taliban. The Faisal Shahzad he remembers was “a very genuine, nice person” who once offered to host Courbois, an avid traveler, if he ever made it to Pakistan. “You come and you stay with my family,” Shahzad told his realtor. “We’ll treat you right.”

After the FBI’s Bresson told me the bureau had no record of speaking with LaMonica, I contacted the Connecticut State Police, where a spokesman told me that his office would have no knowledge of people interviewed by the JTTF, since task force personnel are under the bureau’s authority. Eventually I was put in touch with FBI agent William Reiner, a spokesman for the FBI’s New Haven field office, where Connecticut’s JTTF is based. When I described LaMonica’s account, he responded, “That’s news to me. If it happened in 2004, we were running out some kind of lead. But I think there could be a slight mix up here.” He promised to look into it.

A few hours passed, and I phoned him back for an update. But Reiner’s response shed no light on the mystery. He had only this to say: “We’re not going to comment on any investigative info whatsoever.”