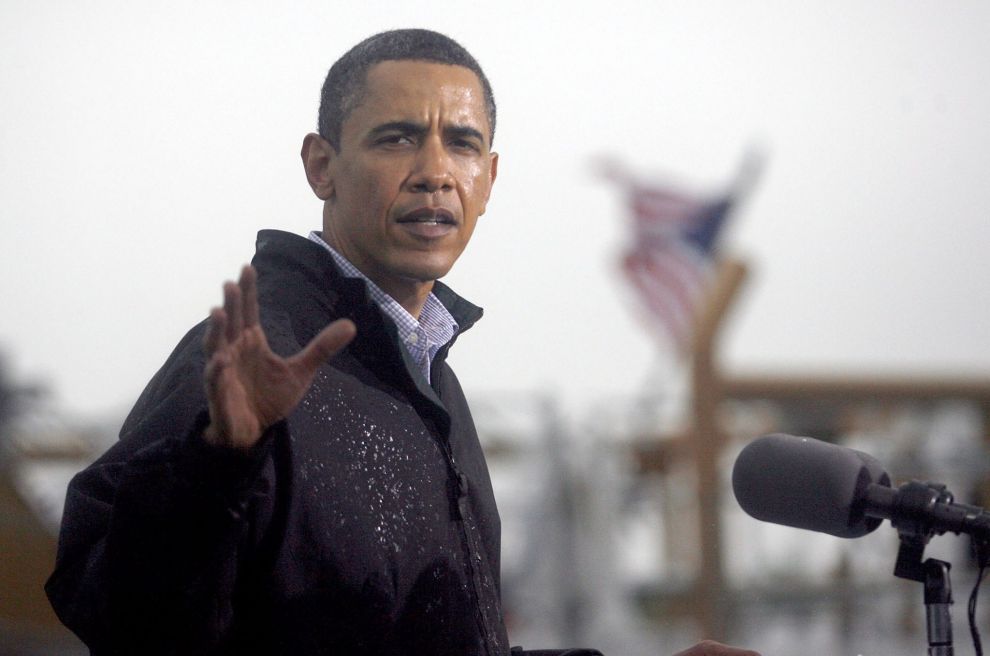 Nearly one month into the worst environmental catastrophe in US history, President Barack Obama finally appeared to be stepping up his response to the disaster in the Gulf of Mexico. On Saturday, he announced the formation of a national commission to prevent future spills. In the past week, his administration has also called on BP to make more information on the spill available to the public, and to find a less toxic alternative to the chemicals it’s using to disperse the oil. These were noteworthy developments, because when it comes to the response effort, the Obama administration has been surprisingly hands-off. But despite the administration’s latest moves, it’s still leaving many of the critical decisions to BP.

For starters, despite BP’s repeated failure to stop the flow of oil into the sea, the firm remains in charge of the efforts to plug the well. This weekend, Coast Guard Commandant Adm. Thad Allen affirmed his support for BP and its CEO in an interview with CNN. “I trust Tony Hayward,” he said—a statement that did little to allay concerns that the administration has put too much faith in the oil giant. In a White House press conference on Monday, reporters pressed Allen about why the federal government hasn’t pushed BP aside (on Sunday, Interior Secretary Ken Salazar had indicated it might do so). Allen bluntly replied, “To push BP out of the way would raise the question of to replace them with what”—adding that the federal government doesn’t have the technology or expertise to deal with this problem.

BP has also kept a tight grip on information about the spill, despite the fact that the Coast Guard, the National Oceanic and Atmospheric Administration (NOAA), and the Environmental Protection Agency (EPA) are all operating in the area. And there are reasons to believe that BP is significantly misrepresenting the extent of the problem. The firm has repeatedly claimed that 5,000 barrels of oil are leaking into the sea each day—which Hayward described as a “relatively tiny” amount compared to the “very big ocean.” But outside experts have said the real number is likely far higher—one of the worst-case estimates is as high as 95,000 barrels daily. Confronted about the discrepancy, Salazar told a Senate panel last Tuesday that the government was setting up a task force to determine the most accurate figure—nearly four weeks after the spill began.  (NOAA head Jane Lubchenco told reporters on Thursday that the 5,000-barrel figure “was always understood to be a very rough estimate.”)

Under heavy pressure from the media and members of Congress, BP finally released a live feed of the spill site on Thursday, which will allow outside experts to evaluate the flow of oil. But BP still appears to be asserting control over some areas affected by the spill. A CBS news team was chased off a Louisiana beach last week, and Mother Jones‘ Mac McClelland was barred from a tar-slicked beach by a sheriff on Friday and informed that she’d have to obtain permission from a BP “liaison” to talk to local residents.

Greenpeace and Citizens for Ethics and Responsibility in Washington (CREW) have filed Freedom of Information Act requests seeking all of the information the government has on the spill. The groups believe that the administration knows a lot more about the scale of the disaster than it’s let on. “This is a government with lots of smart people in it,” said Damon Moglen, global warming campaign director at Greenpeace. “Did nobody do the math?”

For almost four weeks, the Environmental Protection Agency also allowed BP to dictate the choice of chemical dispersant used to prevent the oil from spreading. Scientists raised concerns that BP’s chosen dispersant, Corexit, could cause significant harm to marine ecosystems. But although the Environmental Protection Agency directed BP to find a less toxic alternative last Thursday, the oil giant has refused to do so, and continues to withhold crucial information about the chemicals it’s spraying over the Gulf.

The administration also announced Thursday that it is forming a Flow Rate Technical Team comprised of experts from the Coast Guard and government agencies to assess the rate at which oil is flowing into the Gulf. And Director of Homeland Security Janet Napolitano and EPA administrator Lisa Jackson wrote to the company asking it to post all its information about the spill “on a publicly accessible website.”

Yet critics say the administration should be doing far more. Members of Congress from both sides of the aisle grilled administration officials on the response last week. Sen. Jeff Sessions (R-Ala.) criticized Interior Secretary Ken Salazar and the administration for being “a bit slow moving.” (For his part, Salazar said, “The characterization of slowness is absolutely wrong and misplaced.”)

As one reporter pointed out to White House spokesman Robert Gibbs on Thursday, it’s not enough to ask BP to be more transparent. “Why are you not demanding it?” the reporter said. Gibbs’ response was less than forceful: “We think that is what the company owes, again, both us and the American people as we work through our response and as the public has questions about their operations.”  When pressed on whether BP could be trusted to provide accurate information, Gibbs said he thought the company would “respond favorably” to Napolitano and Jackson’s letter. Pressed again about the letter’s weak wording, Gibbs got testy: “Well, do you have a better idea?”

A coalition of 10 conservation groups have called on the federal government to take charge of monitoring the spill and its environmental impact, and to release that information to the public. “BP has every financial incentive to downplay the scale of the spill and the damages,” says Jeremy Symons, senior vice president for conservation and education at the National Wildlife Federation. As long as BP remains in the lead, decisions will be driven by its need to minimize its liability, says Kristine Stratton, executive director of the Waterkeeper Alliance. “We’ve got risk-based decision making happening, as opposed to precautionary decision making.” On Friday, Rep. Ed Markey (D-Mass.) called for BP to create a fund that would help cover the costs of bringing independent scientists to the scene, rather than relying on those hired by the oil firm, which BP agreed to on Monday.

There are several possible reasons for the administration’s reluctance to take charge of the recovery effort. No one—not BP, not the administration—seems to know how to stop the gushing well. Nor do they know just how bad this mess could get. The administration would prefer that the blood stay on BP’s hands.

There’s also the awkward fact that weeks before the spill, the White House announced a vast expansion of offshore drilling. Eighteen days before the Deepwater Horizon blowout, Obama observed, “It turns out, by the way, that oil rigs today generally don’t cause spills.” Even in the wake of the disaster, he’s continued to support offshore drilling, only calling for a time-out on expansion plans. Perhaps because of the administration’s need to defend its embrace of drilling, it hasn’t used the BP debacle to push for an end to fossil fuel dependence.

In fact, last week at the Senate panel, Salazar dug in to defend the administration’s drilling plans. “We should be honest with ourselves…we are dependent on oil and gas and we will be,” Salazar told senators. “That frankly sounds like something we’d hear from Bush administration folks,” says one Democratic aide. “That’s not encouraging.” Obama, too, reaffirmed his belief that offshore drilling should remain in the country’s energy portfolio in his weekly address Saturday.

BP plans to try a so-called “top kill” early this week, in which it will shoot heavy drilling liquid into the hole to choke off the flow of oil and natural gas. In case that fails, the company is also drilling two relief wells, though experts warn those may take until August to complete. If you believe BP’s estimates, more than 7 million gallons of oil have already hemorrhaged into the Gulf; if you believe the most alarming outside estimates, the figure is likely closer to 136 million. Then there’s the more than 785,000 gallons of toxic dispersant that BP has already added to Gulf waters. One thing is clear: Failure to act decisively now will only add to the magnitude of the problem.

The Obama administration appears to be calculating that assuming full control of the effort in the Gulf could lead to the disaster being branded “Obama’s Katrina.”  But not taking every possible step to minimize the damage may ultimately lead to the same result.