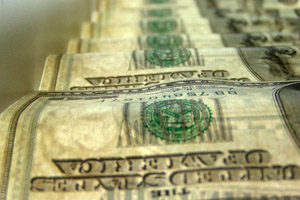 Who’s BP’s favorite politician ever? If you’re just going by the numbers, it’s none other than President Barack Obama, who leads BP’s lifetime campaign donation list with $77,051. That puts him just ahead of reliable oilmen such as Alaska Republican Rep. Don Young, his retired colleague Sen. Ted Stevens, and George W. Bush. According to data collected by the Center for Responsive Politics, BP and its employees have given more than $3.4 million to federal candidates since 1990, with much of their largesse going to these 20:

Obama’s $77K from BP is 0.01% of the whopping $799 million he’s raised in his career, but as everything BP touches turns toxic, it raises a question: Would he—should he—give BP its money back? OpenSecrets asked BP’s #9 all-time recipient, Louisiana Senator Mary Landrieu, the same thing shortly after the spill, and her flack answered that gifts from BP and its employees “have absolutely no impact on Sen. Landrieu’s policy agenda or her response to this unprecedented disaster in the Gulf.” So far, no other officeholders have volunteered to refund their past donations from the company to pay its cleanup (or legal) bill.

Meanwhile, BP and its employees have spent more than $112,000 on 70 candidates running in the 2010 election cycle, with 56% going to Republicans and more than 70% going to incumbents. However, the top recipient so far is a Democratic newbie, Kentucky Senate candidate Jack Conway, who’s received $9,600 from BP employees for his campaign against Rand Paul. Here’s BP’s top 15 recipients as of mid-May (see here for a more detailed breakdown):

Several of the incumbents on that list are members of congressional energy committees; Murkowski is a ranking member of the Senate’s. Overall, BP donations have gone to 14 members of the House Energy Committee, 10 members of the House Natural Resources Committee, and 7 members of the Senate Energy Committee. Among the non-incumbents on the list is Jeffrey Landry, a Republican House candidate from Louisiana who has attacked the Obama administration’s recent ban on deepwater drilling in the Gulf, telling Human Events, “When he takes the…Outer Continental Shelf drilling away from us, he cripples our economy. If he increases the moratorium, he pulls the plug on our life support.” Landry’s probably not the one to do it, but seems like only a matter of time before a candidate makes a big show of sending a fat check back to BP.