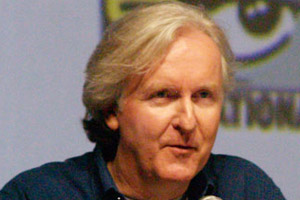 As hopes of a Hollywood ending to the BP oil disaster have all but faded, AP reports that Avatar director James Cameron has met with federal officials to offer his help in terminating the leak. No, he’s not proposing a junk shot of useless Avatar merchandise. Rather, according to the UK Telegraph, Cameron has already offered BP use of some of his private submersibles, big toys inspired by his big-budget bathtub epics The Abyss and Titantic. Meanwhile, Waterworld survivor Kevin Costner has gotten a surge of positive buzz for his Ocean Therapy device, a centrifuge that cleanses oil-contaminated water; BP is reportedly testing the invention. Who’s next, Sting?

Certainly, BP could use all the help it can get. Beyond the failed top kill and flimsy containment barriers, there have to be more ideas out there for a last-ditch effforts to stop, contain, or clean up the spill. BP says it’s already received more than 7,800 ideas via its suggestions hotline and a special page on its disaster response website. InnoCentive, a crowdsourcing project linked with NASA and the Rockefeller Foundation, has issued a challenge to innovators to come up with bright ideas ASAP. Even if the vast majority are worthless or wacky (like the notion of nuking the leak into oblivion), there ought to be a couple solid ideas in there. Let’s see what happens—and then figure out why these plans weren’t on oil-industry and regulators’ drawing boards years ago.