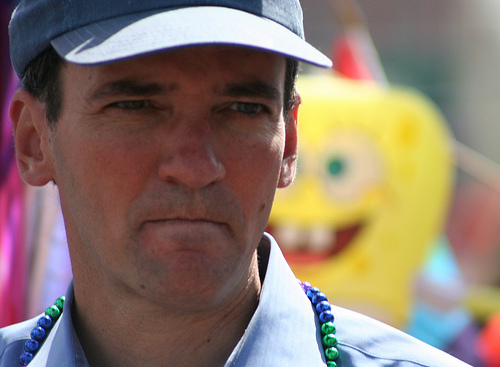 You’ve got to hand it to US Senate hopeful Andrew Romanoff out in Colorado: The man’s got chutzpah. So much chutzpah, in fact, that he recently sold his $360,000 bungalow to boost his campaign’s coffers in his effort to unseat Democratic incumbent Michael Bennet. Soon after his house sold, Real Clear Politics reports, Romanoff, the former Colorado house speaker, made a $325,000 donation to his campaign with two weeks to go before his August 10 primary bout against Bennet.

Judging by somewhat recent polls, Romanoff’s hefty donation is a last-ditch bid to salvage his Senate run. In a mid-June Denver Post/Survey USA poll, for instance, Bennet led Romanoff by 16 percentage points. Despite winning the endorsement of Bill Clinton, Romanoff has struggled to compete with Bennet throughout the spring and summer, both in the polls and in the fundraising battle. While Bennet, the former Denver education chief, raised $7.5 million the second quarter of this year and had $2.5 million in cash on hand, Romanoff paled in comparison, with $1.6 million raised and $464,000 on hand.

Romanoff justified the sale of his bungalow with a one-liner to the Denver Post: “I’m never home anyway.”