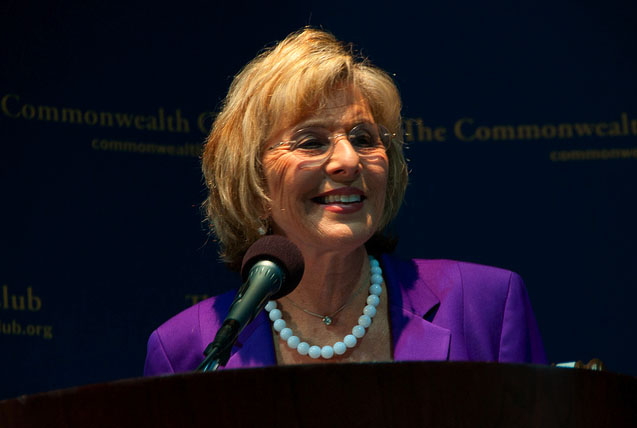 The San Francisco Chronicle penned a brutal editorial on Sunday on why the paper isn’t endorsing anyone in the California Senate race. But while the slight to incumbent Democrat Barbara Boxer has gotten all the attention, the commentary should tell you more about the paper’s inability to understand politics than it does about the race itself.

The paper makes it clear that they don’t have much nice to say about Fiorina, nor do the editors think she’d make a good senator for the state. They acknowledge that her positions are “outside of the state’s mainstream values and even its economic interest.” They also note that hers is an “agenda that would undermine this nation’s need to move forward on addressing serious issues such as climate change, health care and immigration.” Indeed, the paper spends most of the column expounding on the litany of reasons Fiorina is not qualified for the job.

Most would assume that this then leads them to endorse Boxer, whose policies do seek to move forward in those areas and generally align with the state. But their main complaint about Boxer? No one likes her all that much:

Boxer, first elected in 1992, would not rate on anyone’s list of most influential senators. Her most famous moments on Capitol Hill have not been ones of legislative accomplishment, but of delivering partisan shots. Although she is chair of the Environment and Public Works Committee, it is telling that leadership on the most pressing issue before it—climate change—was shifted to Sen. John Kerry, D-Mass., because the bill had become so polarized under her wing.

It’s fair to say that Boxer had a limited ability to break through partisan bickering over the climate issue—the Chronicle is certainly not the first to make that point. But the paper ignores that Boxer is working within one of the most polarized committees on this issue (Republicans wouldn’t even show up to vote on the measure). John Kerry couldn’t get a bill on the issue passed this year, either.

The paper justifies its non-endorsement by noting, “[W]e believe Californians deserve more than a usually correct vote on issues they care about.” But that’s not an option here. There are two choices in this Senate race, one who will vote in line with what citizens in the state want (even if they don’t particularly like her), and one that won’t. It’s a choice between someone who would surely vote for climate legislation and someone who, despite once claiming to care about the issue, now dismisses it as a petty concern and attacked policies to deal with it.

In a hyper-partisan Senate, and one that will likely be even more partisan next year, every single vote is immensely important. To pretend otherwise, as the Chronicle seems to be doing here, is a disservice to voters.