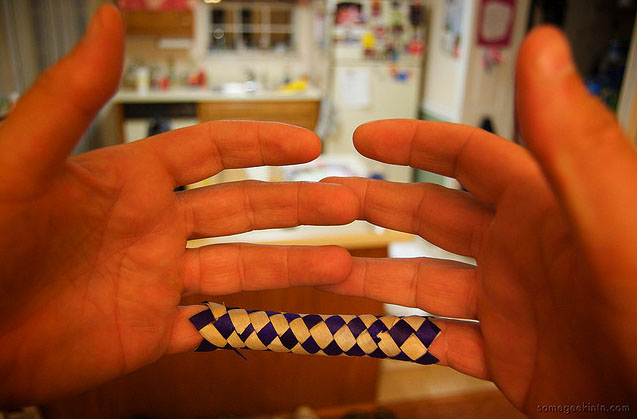 The US Steelworkers and a couple members of Congress are asking the Obama administration to confront China over subsidies and other policies to support its domestic clean energy industry that they say violate international trade laws. It’s a challenge that highlights some of the toughest issues facing the US today: domestic job creation, the climate challenge, and the rising power of China.

USW filed a 5,800-page petition with the US Trade Representative on Thursday, urging the administration to sue China in the World Trade Organization to force it to drop the subsidies. USW warns that China’s policies (which are covered quite well in this Times piece) are putting the US further behind in the clean energy race. If the government doesn’t act, says Steelworkers president Leo Gerard, the US will become the “schoolyard patsy” as China eats our clean-tech lunch.

The complaint argues that China is using restrictions to block the export of the raw materials used for products like electric batteries and solar panels, has discriminated against foreign firms and goods, and has distorted the price of their goods with major subsidies, loans, and grants for domestic products. These constitute “illegal practices that stimulate and protect its domestic producers of green technology,” USW argues, and “have enabled China to emerge as a dominant supplier of certain green technologies.”

“Green jobs are key to our future,” Gerard said in a statement. “Right now, China is taking every possible step—many of them illegal under international trade laws—to ensure that it will control that sector. America can’t afford to cede more of its manufacturing base to China.”

Now, given the always precarious state of diplomatic relations with China, it’s unclear if the administration will want to pursue this; it has 45 days to decide whether to address the issue with China. In 2009, the Steelworkers filed a complaint about the surging volume of tires imported from China, and the feds responded by imposing tariffs on Chinese tires. This did not please China, to say the least.

Between the sagging US economy and the Obama administration’s repeated warnings about China beating us in the clean-tech race if we don’t get our national act together on the issue, questions about China’s clean tech market are even more touchy than the tire issue. There’s potentially a lot of money and jobs at stake here; one study last year estimated that China’s market for renewable technology could grow to $1 trillion a year in the near future. The country already produces 43 percent of the world’s solar panels, and its products are up to 20 percent cheaper than those made elsewhere.

The dispute highlights the gap between the US and China when it comes to public investment to spur clean tech development. China spent $34.5 billion to grow its renewables industry last year to the US’s $18.6 billion; by all indications, the Chinese are already drinking our milkshake on clean energy, largely because of the aggressive policies it has put in place to expand those industries.

It also highlights how much the US has come to rely on other countries to sell us clean tech, especially China. The office of Sen. Ron Wyden (D-Ore.), who chairs the Subcommittee on International Trade, Customs, and Global Competitiveness, put together a report on the subject last year, finding that, between 2004 and 2008, the trade deficit in renewable energy products increased 1400 percent to $5.7 billion. Over that period, China’s exports increased 490 percent, making it the second largest exporter in the world with 13 percent of the market.

Wyden said in a statement that US Trade Representative Ron Kirk should “carefully consider” USW’s petition. “The adoption of clean-energy technology provides the opportunity for the United States to be energy-independent and support millions of new jobs, but this can only happen if the Obama administration effectively combats China’s unfair trade practices,” he said.

Sherrod Brown (D-Ohio) is also supportive of the USW petition:

There is nothing normal or fair about the way China trades. If we are going to compete in the global clean energy manufacturing industry, we need strong trade enforcement. Every day we delay enforcing trade rules, China spends $51 million a day to speed past us in the race to lead the world in clean energy manufacturing, while elbowing competition out of the way through unfair subsidies and discriminatory tactics.

In short, the trade issue is a bit of a conundrum; the Steelworkers are rightly concerned that illegal trade practices are giving China an upper hand, but at the same time, there are other problems that need to be addressed, which is a) our reliance on China’s much cheaper clean tech and b) our own failure to support the domestic clean technology industry in a way that would make it more competitive. We can ask China to knock off the subsidies, but unless the US ramps up its own policies, we’re probably still going to keep handing over our lunch money to China.