Included in the Center for American Progress’ new report on the massive amount of money oil companies are spending on research at universities in the US are some shocking figures about how little federal money is going to energy research and development.

US spending on energy research peaked in 1979, at $9 billion. Since then, it’s declined significantly, to an average of just $3.6 billion per year from 1993 to 2006. This is more concerning when you see that spending compared to federal R&D outlays for defense, general science, or health. See this chart below. The tiny black area is US spending on energy R&D: 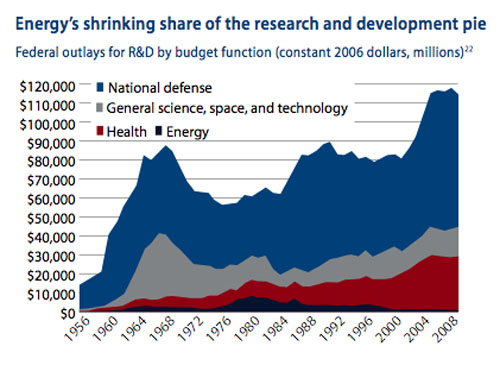