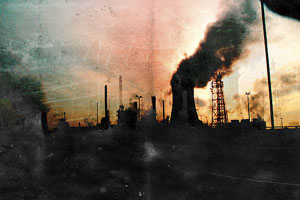 The shifting political winds in Washington may have a far-reaching impact on a wide range of issues: health care, tax cuts, the wars in Afghanistan and Iraq.

But what about climate change?

Very little was said about global warming during the campaign season, other than the barrage of negative ads by Republicans accusing their Democratic opponents of supporting “cap and tax” legislation. Kentucky Senator-elect Rand Paul even went so far as to criticize President Obama for giving “credibility and credence” to dictators like Hugo Chavez and Robert Mugabe by supporting global action to curb greenhouse gas emissions.

And then there is this statistic: Of all the Republicans newly elected to the U.S. Senate last week, only one has openly accepted the science behind anthropogenic climate change (Senator-elect Mark Kirk, of Illinois). As much as half of the new Republican majority in the House has either outright denied the existence of climate change or questioned whether the warming of the planet is caused by humans.

To say the least, congressional action on comprehensive climate change legislation in the next two years seems unlikely. But the results of the midterm elections could have much more damaging consequences for environmental legislation, including efforts by Democrats to increase oversight and regulation of the off-shore drilling industry after the Deepwater Horizon disaster in the Gulf.

To sort through all of this, Need to Know’s Alison Stewart spoke with Mother Jones‘ Kate Sheppard. Sheppard covered the elections on Tuesday from Colorado, where she followed the closely watched battle between Democratic Sen. Michael Bennet and his Republican challenger, Ken Buck.