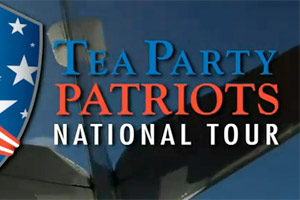 What happens when the tea party gets a secret million-dollar donation? Not one, but two mysteries emerge: who gave the cash, and where did it all go?

In late September, Tea Party Patriots, one of the nation’s largest tea party umbrella groups, held a press conference in DC to announce with great fanfare that it had received a $1 million donation to underwrite its get-out-the-vote effort for the November election. The group’s coordinator, Mark Meckler, said that a stipulation of the contribution was that the money had to be dispersed to TPP’s local affiliates by October 4 and that all of it had to be spent by Election Day; only $10,000 of the money could be used by the national organization to cover administrative costs. “We want to make sure people are out there voting for fiscal responsibility,” Meckler said.

The group refused to identify the donor, who TPP said wished to remain anonymous. This immediately had local tea party groups grousing about a lack of transparency and wondering whose agenda they would be furthering. As the midterm elections arrive, these tea partiers are also wondering who got this money. Despite its frequent calls for government accountability, TPP has not provided any information, publicly or to the tea party locals, regarding where the money went or about the criteria used to decide who got it. Based on the scant information that has come to light, Meckler’s father got $10,000 of the windfall.

Dee Park, the chair of the Moore Tea Citizens in Moore County, North Carolina, is one of many tea party activists who applied for some of the grant money. “We wrote what we thought was a terrific proposal, but they didn’t fund it,” she says.

The national Tea Party Patriots didn’t even bother to tell her the proposal was turned down. She has called and written several letters to the group’s leaders asking for more information about which tea party groups and activists have been awarded money from this GOTV fund. (No one’s responded. TPP honchos have, however, sent out several appeals to local activists for more contributions to the national branch of the organization. “They are asking people to make donations,” Park says, recalling a recent conference call in which national leaders solicited contributions to finance their own 40-city GOTV tour. Park says that she declined to pitch in, preferring to keep what little money her group has closer to home. Her group has been running a shoe string operation, stationing volunteers outside all the early polling stations to hand out literature about conservative candidates and running billboards along the major interstates to “spread the word.”

Park is not the only local tea partier miffed about the secrecy surrounding the anonymous million. Rhode Island activist Marina Peterson wrote a grant proposal covering five groups in the area. When I asked her whether she knew who received grants, she said, “Wouldn’t we all like to know?” She was concerned from the beginning about the anonymous donation, noting, “How do we know we want to take that money if we don’t know who the person is? What if it was George Soros?”

Peterson stresses that her concerns are not just sour grapes. She’s a tea party purist who believes that activist groups should follow the same principals of transparency that they are demanding from the government. “Transparency for everybody is the key word,” she explains.

She exchanged several emails with Meckler asking which groups received the money so that she could learn from their proposals. “He went completely on the defensive when I asked him about it,” she says. Meckler later told her that TPP would not be releasing the names of the grantees to “shield” them from any heat associated with the donation.

At least two local tea party groups have announced receiving some of the $1 million donation. The Chico Tea Party in California said it obtained a $5,000 grant, which it’s using to place billboards along the highway to publicize the group and get people to the polls. Also in California, the Nevada County Tea Party Patriots reported receiving $10,000 that it would use to run newspaper ads and put up signs as well. Coincidentally—or not—that group is headed up by Meckler’s father, Stan Meckler.

So what happened to the other $975,000? Clues are scarce. The Chico Tea Party has said it was one of 12 groups in California to get grants. Arizona tea partiers have also reported buying radio ads and billboards with grant money, though they haven’t disclosed the amount.

Some of the money landed in Florida as well, where TPP state coordinator Everett Wilkinson acknowledged snagging funding for his South Florida Tea Party. He won’t say how much it got—or which other groups received funding—but says his group is using it for radio ads, get-out-the-vote software, voter calls, and for creating and distributing voter guides.

This scuffle over the secret donation is symbolic of the internal conflict within the tea party movement. There are tea party activists who believe the movement’s rhetoric about transparency and accountability. But the movement also includes leaders and others who are willing to engage in and tolerate the funny-money games of business-as-usual politics. With the elections likely to enhance the political clout of the tea party movement, this tension between principles and practices is likely to intensify. After all, can tea partiers really claim they are “we the people” when they are being subsidized by secret millionaires and guided by leaders who refuse to be accountable to those very people?