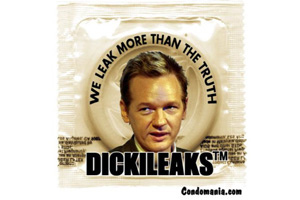 Since WikiLeaks first made waves back in 2009, the site’s secret document dumps have spawned myriad political debates, international pearl-clutching, and blog pandemonium. But that’s not all: Businesses, artists, and advertisers are now capitalizing on the whistleblower site’s near daily headline-grabbing (as well as founder Julian Assange’s newfound celebrity), creating strange leaps of logic to tie things like maxipads to Assange and WikiLeaks’s cache. Below are a few of the weirdest products inspired by the WikiLeaks hype. 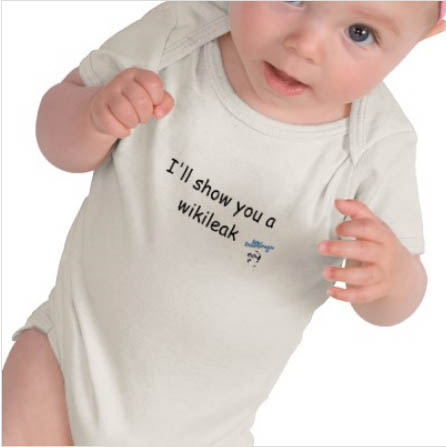 Considering the rape allegations of Assange hinge on his not using a condom, possibly the most contentious item in the WikiLeaks product empire is the DickiLeaks condom. According to Condomania, DickiLeaks condoms claim to “leak more than the truth!” Realizing perhaps that advertising a condom that doesn’t do what it’s supposed to do, that is, you know, to protect against STIs and pregnancy, Condomania adds a disclaimer: “Um, please note that none of the above is true. We lied….DickiLeaks condoms do provide unsurpassed protection and do not leak.” Well, that’s a reLeak, I mean relief.

Butterfly, a sanitary pad company, unveiled two billboards recently in Pakistan’s capital city of Karachi. There’s also a print campaign and a third billboard in the works. The tongue-in-cheek slogan is: “WikiLeaks… Butterfly doesn’t.” It’s only been a few days since the ads have gone up, but photos of the billboard have gone viral, according to Pakistan’s Express Tribune. While these pads may do nothing to stop the flow of… information, it’s rather refreshing to see a feminine hygiene product conveyed with intentional humor, as opposed to the unintentional ridiculousness of commercials showing frolicking in fields and twirling in slow-motion on the beach. 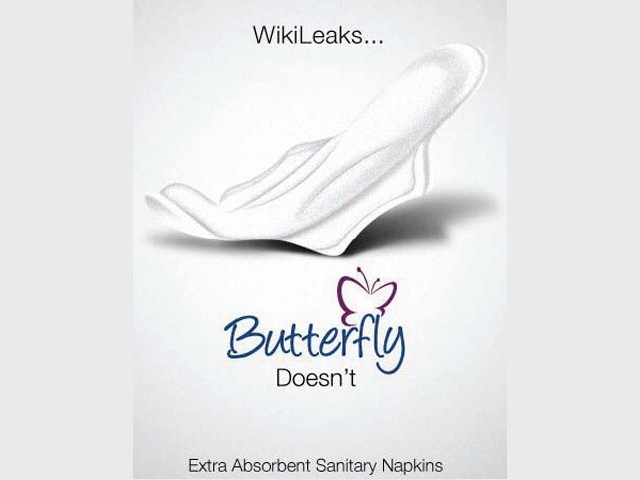 Taking it to the e-streets are people on Zazzle, an e-commerce site where anyone can design and create items, like mugs, t-shirts, and totebags, for retail. Of the 36 billion items on Zazzle, there are now over 1,000 WikiLeaks-related wares. The products range from the somewhat expected, “I need to take a WikiLeak” t-shirt to your not-so-typical “heart heart heart heart [x 37] WikiLeaks” ribbed doggie tank top. Also in the roster are skateboards, newborn onesies, iPhone skins, and iPad cases that double as marriage proposals. 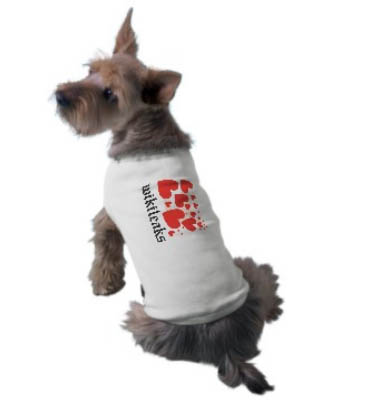