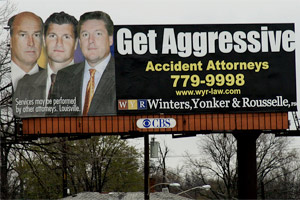 Do Republicans really have a plan for fixing the health care system? They’ve insisted, even as they’ve pushed to repeal last year’s health care reform law, that they have some new ideas for reducing health care costs and expanding access to the uninsured.

So far, though, the Republicans’ new ideas look a lot like their old ones. On Thursday, Rep. Lamar Smith (R-Texas), the new GOP chairman of the House judiciary committee, will hold a hearing entitled, “Medical Liability Reform—Cutting Costs, Spurring Investment, Creating Jobs.” Judging from Smith’s comments, and the subject of the hearing, one of the Republicans’ big ideas for fixing the health care system is simply to keep people from suing the doctors who injured them.

Better known as “tort reform,” such proposals are Republicans’ one and only health care policy. They have been offering this same proposal now for about two decades, often as their sole contribution to the national debate over what should be done to help rein in medical spending.

The GOP was especially driven during the Bush administration to advance bills that would severely limit the amount of money people could be awarded by a jury for injuries sustained during medical care. No matter how badly someone was hurt, or how drunk the surgeon was when he amputated the wrong leg, Republican proposals would have capped the amount a doctor’s insurance company would have to pay to compensate the victim. Republicans then, as now, insisted that limiting lawsuits would save billions in health care costs and cure all that ails the system, despite mountains of research clearly showing that it would not.

Those bills never went anywhere, even with a Republican in the White House who had virtually made his political name campaigning for restrictions on lawsuits—and for good reason. Few lawmakers proved impervious to the horror stories of medical malpractice victims, those poor kids whose trips to the ER for minor injuries left them brain damaged or the girl whose plastic surgeon set her face on fire while removing a mole, leaving her scarred for life. And of course, it was hard to ignore the myriad tales of incompetent or drug-addicted doctors who went on mangling people for years, undisciplined by their colleagues or state medical boards, who were only put out of business when their malpractice insurers got sick of paying all their claims and dropped their coverage.

Smith will also have a hard time defending the notion that keeping injured people out of court will reduce health care costs. His state could serve as Exhibit A, in fact, of just how wrong that premise is. In 2003, Texas enacted draconian restrictions on medical malpractice lawsuits that all but eliminated such cases (a move that made the state a magnet for bad doctors who now can’t be held accountable for killing and maiming people).

Yet the state still boasts some of the most expensive health care in the country. McAllen, Texas, as New Yorker writer Atul Gawande pointed out in 2009, is infamous for having Medicare costs that are twice the national average. As Gawande recounted, the major driver of health care costs in McAllen were doctors who referred patients for tests and other treatment at facilities where they had a financial stake. Lawsuits had nothing to do with that.

The doctors in McAllen, in fact, lobbied hard to get their own hospital exempted from restrictions in the health care bill that would limit the growth and development of new physician-owned hospitals, precisely because such facilities have been ID’d as a major driver of health care cost increases. The Texas doctors and their hospital investors have donated heavily to both parties, but of late, they’ve mostly contributed to Republicans. (Lawrence Gellman, the CEO of the hospital profiled by Gawande, Doctors Hospital at Renaissance, has even become something of a tea partier, giving large contributions recently to the Tea Party Express and candidates like Nevada’s Sharron Angle and Rep. Michele Bachmann, a big proponent of repealing the health care law.) This largesse has no doubt ensured that Republicans won’t hold hearings about physicians’ financial conflicts of interest. Instead, they will focus on medical malpractice lawsuits, a favorite Republican ploy largely because it allows them to counter the greedy physician argument with the greedy trial lawyer argument.

Trial lawyers, one of the Democratic Party’s most loyal donor bases behind unions, will no doubt play a role in the theatrics of this week’s health care debate, as Republicans not so subtly insist that the reason Democrats won’t restrict lawsuits is because they are in the pocket of the trial bar. Republicans will try to single out lawyers for ginning up frivolous lawsuits that end up boosting the cost of health care. As Smith said earlier this month when he announced his intention to focus on medical malpractice lawsuits:

Democrats’ health care plan ignores common sense solutions to skyrocketing health care costs. According to the Harvard School of Public Health, 40% of medical malpractice suits filed in the US are ‘without merit.’ The threat of these lawsuits forces doctors to conduct tests and prescribe medicines that are not medically required. The widespread practice of ‘defensive medicine’ drives up the cost of health care.

As with the health care repeal bill, any effort to restrict medical malpractice lawsuits is likely to die in the Senate. In theory, even if it did make it past the Senate, it should die on the president’s desk, given Democratic loyalties. But Obama is not Bill Clinton, who vetoed several Republican bills that would have restricted other kinds of lawsuits.

Obama has sympathized with doctors complaining about lawsuits, and even authorized the Department of Health and Human Services to fund a few pilot projects that would experiment with different ways to reduce malpractice litigation. But he has rejected the favored Republican blunt instrument of capping damage awards at an arbitrary number, so he may still serve as the last check on Republicans’ efforts to keep regular people from seeking justice in the courts. In the end, though, the Republicans aren’t likely to care one way or another whether their tort reform proposals become law. Just as their vote on repealing the health care bill is mostly symbolic, their focus on lawsuits isn’t really about fixing anything. It’s just political theater, and tired theater at that.