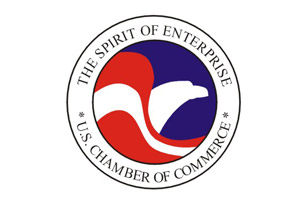 So much for everyone linking arms and walking together toward a clean energy future. A week after President Obama called for setting a goal of drawing 80 percent of electricity from “clean” energy sources by 2035, the US Chamber of Commerce sent a message back in his direction: fat chance.

The Chamber’s Institute for 21st Century Energy held a press conference on Tuesday to roll out its energy plans for the year. Endorsement of a clean energy standard—even one that includes nuclear power, natural gas, and “clean coal” in the mix, as Obama’s does—was not part of it. The Chamber has been a major opponent of efforts to cut greenhouse gas emissions, but the group signaled Tuesday that it is also going to fight Obama’s much scaled-back version of an energy plan as well.

“It’s ridiculously premature to even have a CES conversation,” said Christopher Guith, vice president for policy at the Institute, referring to what specific figure the Chamber would endorse for a target. “We have very little idea where many of these new members of Congress are going. We know that the House majority has said that it’s not very likely that they’re even going to entertain a CES.” He added, “The fact that the president put it out there—it’s good to discuss the policy impacts, but again, the political reality is getting smaller by the day.”

The Chamber says that the administration’s approach to energy is “unrealistic”—arguing that it “picks winners and losers.” The powerful business lobby group argued that an eight-fold increase in non-hydro renewables would be needed to meet that goal, which the group claims is “impossible” to achieve.

In particular, the Chamber pushed back on the call to cut subsidies and tax loopholes for the oil industry. “Raising taxes on the industry that fuels our lives shows a profound detachment from our energy and economic reality,” said Karen Harbert, president of the Institute, in a statement last week. She elaborated further on the Chamber’s preferred energy plan on Tuesday, calling for increased access to land for oil and gas drilling both onshore and offshore and eliminating “regulatory barriers” to energy projects.

The Chamber’s plan calls for “streamlining” environmental reviews to speed energy projects faster, targeting in particular enforcement of the National Environmental Protection Act. The group insisted that it doesn’t want enforcement weakened—but then went on to state that it wants to “ensure that the Clean Air Act and Clean Water Act are not used indiscriminately to threaten adequate supplies of energy.”

The Chamber did support plans for a clean energy bank, a provision included in different iterations in both the House and Senate climate and energy bills last year under the name Clean Energy Deployment Administration, or CEDA.

One interesting element of the Chamber’s energy presentation was the recognition that so-called “clean coal” isn’t likely to play a significant role in the energy portfolio any time soon. “Clean coal technology most likely will not be available in that time frame,” Harbert said in her opening remarks. Asked to elaborate after the event, Harbert said, “Given the state of readiness and from the industry’s own acknowledgment, they don’t see it having permeated the market in any significant manner.”

This, of course, is far from what we were hearing a few years ago, when the coal industry and its allies were promising that emissions-free coal was just around the corner. Obama also touted it in the State of the Union address last week, though the Chamber’s probably right on this one—it’s looking less like a near-term option all the time.