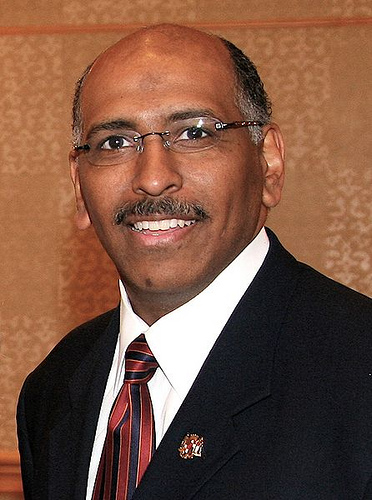 Consider it Michael Steele’s parting gift to his replacement, new Republican National Committee chairman Reince Priebus. The RNC’s latest financial filings with the Federal Election Commission reveal the lavish lifestyle enjoyed by the committee’s planning team for the 2012 convention in Tampa. Led by Steele personal assistant Belinda Cook, the six-person crew spent more than $1 million of a federally-backed line of credit on things like renting a waterfront mansion on Florida’s Treasure Island and meals at swanky restaurants, the Tampa Tribune reports. Cook also used that money to put friends and family on the RNC’s payroll, including Cook’s sister, her son, and her son’s friend. Cook’s niece also pocketed nearly $3,000 as a member of the planning team.

The RNC’s convention debacle, of course, isn’t the first time controversial spending has left the commitee with egg on its face. Last spring, an RNC staffer named Erik Brown threw a fundraiser for young GOPers at a bondage-themed club in Los Angeles called Voyeur West Hollywood, spending nearly $2,000 of the RNC’s money at the event. Many Republicans demanded Steele resign after the stripper incident, but ultimately it was the RNC’s top fundraiser, Sam Fox, who stepped down. According to Politico, Fox was “deeply troubled by the pattern of self-inflicted wounds and missteps” at the committee under Steele’s leadership.

Conspicuous spending, even during a deep recession, seemed to the norm at the RNC under Steele. Committee financial filings showed charges of $17,000 for private jet travel, $13,000 for limos, and $9,000 for a jaunt out to the Beverly Hills Hotel. It’s not surprising, then, that new RNC chairman Priebus took over a committee with $23 million in debt and only $1 million in cash on hand at the end of 2010. Priebus pledged during his campaign for RNC chair to bring some belt-tightening and restraint to the free-wheeling committee. As the Tribune reports,

Last week, Priebus announced he has chosen Georgia businessman and GOP activist Alec Poitevint to take over the convention in Tampa and “clean up” the planning work.

“Obviously there were some concerns with what had been going on in Tampa,” Priebus said at a press conference in Tampa. “Our committee had had enough with some of the questionable expenditures.”