I have a new piece up this morning highlighting the House GOP’s all-out assault on the Environmental Protection Agency. That’s just the beginning, though. Congressional Republicans have also declared war on the compostable cups and cutlery that were introduced as part of the Green the Capitol initiative that Democrats rolled out when they were in the majority.

It’s basically the GOP’s environmental agenda in a nutshell: irrational rejection of anything remotely smelling of green. I made my first visit to the House cafeteria yesterday since they brought back the Styrofoam. It’s telling, really: 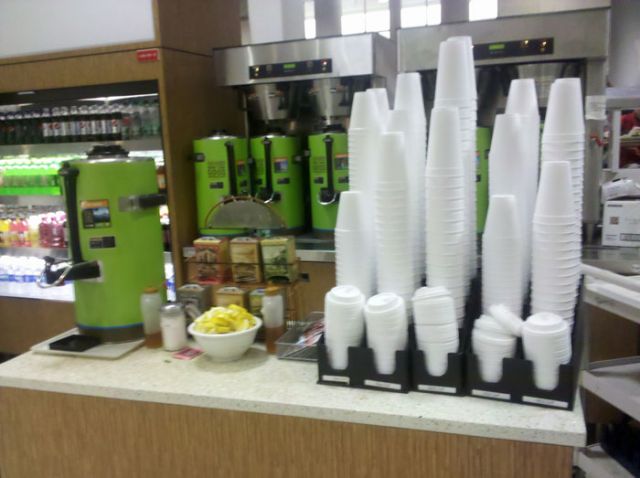 The office of Rep. Earl Blumenauer (D-Ore.) took a look at the GOP’s program and estimated that it will actually cost $50 million over the next 10 years to un-green the Capitol. That’s because reverting back to the Capitol’s environmentally unfriendly ways means ending programs like composting and single-stream recycling, double-sided printing, reducing water use, and managing computer power more efficiently—all of which save money in the long run.

Oh, and not to mention jacking up health care costs if any Hill staffers should get cancer, since the EPA considers styrene “a suspected carcinogen.” What was it the Republicans were saying about runaway spending again?