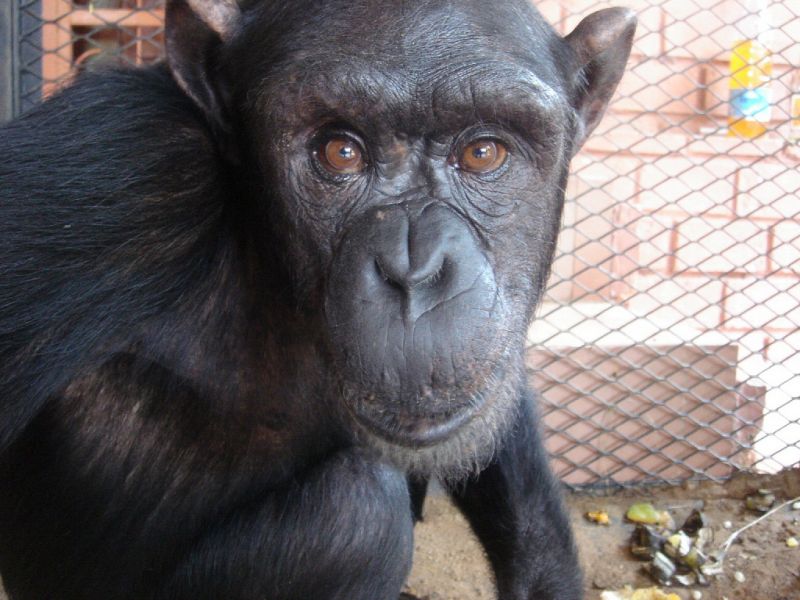 Humans are behind a number of species extinctions, but in Uganda it’s chimps that are hunting monkeys into oblivion. Chimps in Uganda have been hunting red colobus monkeys, so much so that the monkey’s population has dropped 89% from 1975 to 2007. The findings were reported in the American Journal of Primatology this week.

According to the IUCN’s Red List of endangered species (both the chimps and their prey are endangered), the red colobus monkey population is around 20,000 animals. Most of them live in Uganda’s Kibale National Park, which also hosts the nation’s largest chimp population. The decline in red colobus monkeys in the past 30 years has been accompanied with a 53% increase in chimp sightings, which researchers say suggests the two are related. The study’s authors report that between the 1990s and 2002, chimps killed 15-53% of the monkey population every year. Although chimps are often solitary, during hunting raids they coordinate to kill the smaller, vegetarian colobus monkeys. The chimps preyed especially on young or juvenile monkeys, which created an additional reproductive toll on the species. A single chimp outweighs a single monkey by about 50 pounds (around 20 lbs vs. 70 lbs), so one can imagine that when they band together, the monkeys don’t have much of a chance.

But why do chimps hunt in the first place? Some have theorized that males will hunt more during mating season to swap meat for sex with females, and some say that chimps hunt more during the dry season where the supply of fruit and leaves runs thin. At least one scientist has said both those theories are false, and that chimps actually hunt as a form of male bonding (sound familiar, humans?). We may never know exactly why chimps hunt, but a Yale professor interviewed by New Scientist says all is not lost for the red colobus monkeys of Uganda. Professor David Watts said that chimps are hunting less often than previously, meaning that young chimps may not be able to hunt as effectively as their elders.