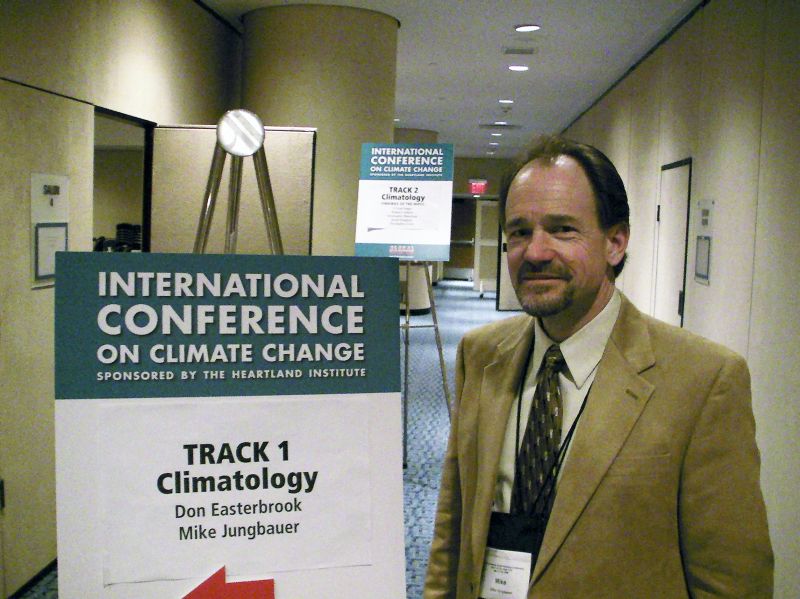 Sometimes it seems hard to believe how much skepticism still exists about climate change, with the scientific community in near-unanimous agreement that yes, it’s happening and yes, it’s our fault. But as Minnesota State Senator Michael Jungbauer reminded us yesterday, most of that dissent comes from people who are more or less clueless about the science.

Jungbauer, who sits on the state’s Senate Energy, Utilities and Telecommunications Committee, proudly calls himself the “No. 1 global warming denier in Minnesota.” He also claims to have a bachelor’s degree from the Moody Bible Institute with a “background in biochemistry.” The first claim is easy enough to believe, but as for the second, MinnPost reported yesterday that Jungbauer never graduated, and that the closest thing he has to a bachelor’s of science is a ministerial ordainment from Christian Motorsports International, which provides “chapel services” at “races, car shows, cruise-ins, and tractor pulls.”

That’s not all: Jungbauer says he’s working on a master’s degree in environmental policy at Metropolitan State University. Thing is, no such program exists at that school. When presented with this unsettling fact by MinnPost, Jungbauer’s defense was: “Well, that’s what they told me.” Perhaps he has not yet taken the class where they teach you how to objectively evaluate facts—or to admit it when you’re caught in a lie.

Jungbauer’s lack of scientific education has not stopped him from playing the role of professor and sharing his insight with the good people of Minnesota, who have been duped by evil, conniving scientists. “Global warming and climate change in Minnesota, this is pure unadulterated BS,” Jungbauer said while running for Minnesota governor in 2009.

To help clarify his position, Jungbauer has posted a series of videos (such as the one below) on his Senate website, in which he stands in front of a whiteboard and explains how, “if you are given the wrong information, you will come to the wrong conclusion.” I couldn’t agree more, Mike. Good thing we have hordes of scientists, with perfectly honest résumés, who have spent their careers making sure we get the right information about what is perhaps the world’s most pressing topic.

(Just for the record, most scientists do, in fact, agree that carbon dioxide contributes to global warming, not to mention do nasty things like damage coral reefs and acidify the ocean.)