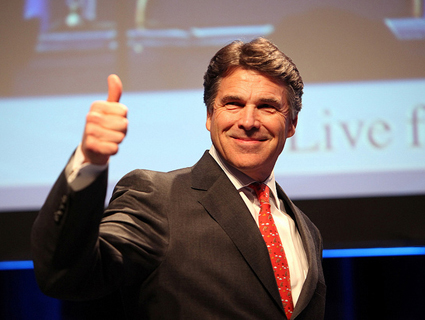 Rep. Michele Bachmann has been getting a lot of heat for a statement her presidential campaign sent out suggesting that Americans are at risk of “economic enslavement.” On Sunday, in an attempt to distance the candidate from a pledge she’d signed which suggested that black families were more stable during slavery, Alice Stewart explained, “In no uncertain terms, Congresswoman Bachmann believes that slavery was horrible and economic enslavement is also horrible.” “Economic slavery” sounds like it could be a pretty horrible thing, but given that she’s probably talking about capital gains taxes, it seems a bit far-fetched.

Bachmann’s been saying things like that publicly for a while—at least as far back as 2001, when she warned that the administration of former Minnesota Gov. Jesse Ventura, in partnership with Presidents George H.W. Bush, Bill Clinton and George W. Bush, was pushing a state-planned economy “similar to that of the former Soviet Union.”But Bachmann’s not the only one making tenuous claims about how the government wants to shackle citizens. As it happens, Texas Gov. Rick Perry believes we’re already being enslaved by the federal government. Here’s what he told Evangelist James Robison back in May:

“I think we’re going through those difficult economic times for a purpose, to bring us back to those Biblical principles of … not spending all of our money, not asking for Pharaoh to give everything to everybody and to take care of folks, because at the end of the day, it’s slavery. And we become slaves to government.”

In case you were wondering: Yes, Rick Perry is Moses in that scenario.