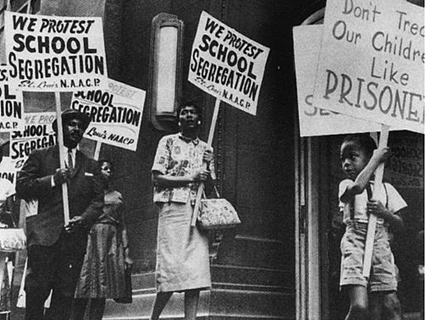 [UDPATE: In an August 16 letter to Brave New Foundation Robert Greenwald, Dallas Woodhouse, Americans for Prosperity’s North Carolina state director, attacked the premise of Greenwald’s film, saying it “falsely claims” AFP was involved in the 2009 Wake County school board elections. Woodhouse asserts that AFP “did not spend a single dime on those elections” nor did it engage in any get-out-the-vote or voter education efforts. “AFP played no role in the 2009 WCPSS election,” Woodhouse asserts. Read his full response.

In its response to AFP, Brave New Foundation stood by its story. BNF pointed to several statements of AFP-NC’s in support of its claims, including a 2008 blog post of Woodhouse’s saying AFP-NC “is on record as supporting the parents of WakeCARES, through significant financial contributions as well as other support.” In the fall of 2009, WakeCARES endorsed the four school board candidates who opposed Wake County’s busing policy, and a former AFP-NC director later credited WakeCARES with paving the way for the four candidates’ victories. BNF alleged AFP “funneled” financial support to the candidates through Art Pope, a wealthy Raleigh businessman and an AFP national director, who gave more than $15,000 to the Wake GOP which in turn spent nearly all of its political donations in 2009 on backing the four conservative school board candidates. AFP-NC’s Woodhouse also told Newsweek in January that his group did voter education and mobilized volunteers for the school board election.]

At first glance, the billionaire libertarian Koch brothers and the Wake County, North Carolina, school board couldn’t be more disparate. Charles and David Koch, the brains behind the massive Koch Industries conglomerate and the funders of so many right-wing political causes, are national figures, credited with (or accused of, depending on your political persuasion) launching the tea party movement and waging war on the Obama administration and its agenda. The Wake County public school board is, well, just that.

In reality, there are deep connections between the Kochs and Wake County, and it’s all about the money. The latest installment in the left-leaning Brave New Foundation’s “Koch Brothers Exposed” video series claims that a Koch-founded and funded outfit, Americans for Prosperity, fueled a campaign to “resegregate” the schools of Wake County, a prosperous area in central North Carolina that’s home to the cities of Raleigh and Cary, among others.

The story starts back in 2009, when elections were held for four of Wake County’s nine school board seats—enough seats to dictate the public school district’s agenda if all four board members wanted the same reforms. That’s where Americans for Prosperity, a conservative political advocacy group, came into play. AFP funded a local grassroots group, WakeCARES, that organized on behalf of four candidates who sought to kill the district’s policy of busing to ensure diverse, desegregated public schools.* The four candidates ran against what they called “forced busing”—a phrase, the film points out, that dates back to George Wallace in the 1970s—and instead stressed that schools should educate only those who lived in the surrounding neighborhood.

Local reporters, some of whom are interviewed in the film, connected the push to eliminate busing with the philosophies of AFP and its funders. “They’re definitely pushing an agenda to resegregate these schools, but there’s also a real push toward privatization,” Sue Sturgis of the Institute for Southern Studies says in the film.

In the end, with the help of AFP-backed WakeCARES, all four anti-busing candidates won, and the school board has since taken steps toward rolling back its existing busing policies despite a wave of protest and outrage in the local community.

Robert Greenwald, president of Brave New Films, says he and his team zeroed in on the Wake County schools controversy as a way to illustrate just how powerful monied interests can be at the local level. “The fact that millionaires can put hundreds of thousands of dollars into a local election and essentially deprive people of their rights, in many ways, and mess with their school system,” he says. “It seems to us one of the strongest examples of the really incredible way money takes away our democracy.”

You can watch the video in its entirety below:

* This sentence has been clarified to more accurately reflect AFP’s role in the Wake County school board elections.