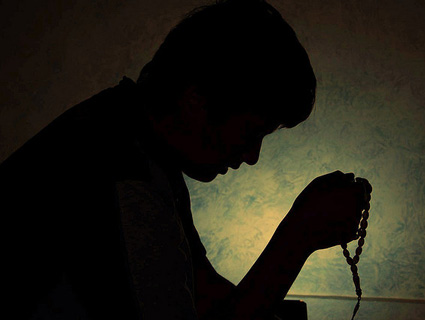 The state secrets privilege—perhaps the most powerful weapon in the government’s legal arsenal—has a complicated history. For years, Democrats, including then-Sen. Barack Obama, accused the Bush administration of overusing of the privilege, which allows the government to quash cases that involve national security before a court even hears evidence. Then, after Obama took office, his Justice Department used this get-out-of-court-free card repeatedly.

Last week, the DOJ invoked the state secrets privilege yet again. But this case, civil liberties groups say, is different.

Most of the post-9/11 cases that the government has killed with the state secrets privilege have either involved foreign-born terrorist suspects or the government’s actions abroad. The case the Obama administration tried to quash last week doesn’t explicitly involve either. The case in question, which was brought by the American Civil Liberties Union and the Council on American-Islamic Relations (CAIR), focuses squarely on domestic intelligence-gathering targeting Americans—namely the FBI’s allegedly widespread use of informants and surveillance against Muslim Americans.

The FBI’s involvement in the case—and the fact that it involves Americans—makes it stand out among the other state secrets cases, says Ameena Qazi, CAIR’s deputy executive director. “We’re surprised at the government’s shocking move in invoking the state secrets doctrine in this case of all cases,” Qazi says. Since this case “involves domestic intelligence-gathering on US soil against Americans,” she explains, “it’s an unprecedented move to our knowledge.”

The case, Fazaga v. FBI, stems from the purported actions of Craig Monteilh, a 49-year-old convicted criminal who claims that he spent 15 months in 2006 and 2007 infiltrating mosques in Orange County, California, as part of an undercover FBI investigation known as “Operation Flex.” The Fazaga case, which the ACLU and CAIR filed in February 2011, claims that the FBI utilized Monteilh to “collect personal information on hundreds and perhaps thousands of innocent Muslim Americans in Southern California.” The ACLU says that the FBI investigation “violated the Constitution’s fundamental guarantee of government neutrality toward all religions.” For evidence, the two groups point to a somewhat problematic source: Monteilh.

According to Monteilh, Operation Flex did indeed involve the indiscriminate monitoring of the Southern California Muslim community with the goal of apprehending terrorists. Monteilh claims to have gone by the name Farouk al-Aziz and posed as a French Syrian man pushing a radical Islamist view on mosque-goers in Irvine, California. And after months of Monteilh’s spying, Southern California Muslims did in fact call the FBI to alert them of a possible terrorist: Monteilh. The whole episode was a bit of an embarrassment for the FBI, and received national press attention after 2007, when Monteilh was imprisoned for grand theft and started talking to the press.

To CAIR’s Qazi, the fact that Operation Flex allegedly took place in the United States and targeted Americans makes Fazaga v. FBI different from previous state secrets cases. “If the government were to prevail on their invocation of the state secrets doctrine it would essentially make such FBI actions non-reviewable by the courts and render any redress by our clients or by any other Americans for such activities ineffective,” she says. “That’s really the concerning part of what their use of the state secrets doctrine implies.”

Robert Chesney, a law professor and national security law expert at University of Texas-Austin, disagrees with Qazi’s assessment. “At the end of the day, the FBI is part of the intelligence community as well—it’s not necessarily thought of as any different than the NSA,” Chesney said. “Is the effort to prevent a bombing only national-security-related if the perpetrators have an international connection? I wouldn’t hold my breath on a court accepting that logic.”

Just because an international connection hasn’t emerged so far in this case doesn’t mean one isn’t there, Chesney explains. “It certainly could be the case that the very secret at issue here has to do with a possible foreign nexus,” he says.

[UPDATE: My colleague Trevor Aaronson emails to note that “Operation Flex” did produce at least one case with an (somewhat tenuous) international connection. In 2009, the government arrested Ahmadullah Niazi, a naturalized citizen, and charged him with perjury. The government alleged that Niazi failed to tell US immigration officials about his relationships with terrorist groups. The government claimed Niazi’s brother-in-law was a bodyguard for Osama bin Laden. But a year after Niazi was arrested, the government dropped the charges.]

Monteilh, for his part, says he knows what the government might be trying to hide. Monteilh—who, for what it’s worth, is a convicted felon—now says that the FBI broached the subject of his traveling abroad to act on the intelligence he gathered during Operation Flex. In one instance, Monteilh says, the FBI asked him whether he’d be interested in traveling to Pakistan to assassinate a terrorist target. Monteilh claims that a CIA representative reviewed his progress in Arabic and Islamic training every month.

Monteilh alleges that during his time as an informant, the FBI also involved him in an elaborate plan to present himself as a single, Muslim man seeking introductions to potential wives in Orange County and record his meetings with the women. Monteilh says that before the relationships turned sexual, he approached the FBI agents on the case: “I said look guys, as you hear the recordings, if it goes to a level where there’s a potential sexual encounter what do you want me to do?” According to Monteilh, the agents said to go ahead with the sexual interactions in cases where good information existed. After learning more about the women’s potential “terrorist” connections abroad through Monteilh, the FBI would confront the women with recordings of their sexual encounters with Monteilh, intending to frighten them into giving the bureau actionable intelligence. “They told me that we’re going to use the [Islamic] culture against the Muslim community,” Monteilh says.

Monteilh’s claims aren’t the kind of thing that anyone would believe without further proof of the kind that could be obtained in a courtroom. But if the Justice Department gets its way, that kind of proof is unlikely to be forthcoming. “In asserting the state secrets privilege they have sealed the gaps of the entire Department of Justice on Operation Flex,” Monteilh says. “There’s one gap they can’t touch—which is me.”

For the alleged victims of Operation Flex, that probably seems like cold comfort.