Last Friday, President Obama announced that the remaining American troops in Iraq will leave the country by the end of 2011, fulfilling an agreement signed by the Bush administration in 2008. As the war winds down, here’s a quick reminder of the war’s price tag.

So far, the war has cost taxpayers around $7.8 billion a month, or $256 million a day. According to the Congressional Budget Office (PDF), from 2003 through 2012 the war will cost the United States a total of $823.2 billion, including military operations, reconstruction, and veterans’ medical costs. 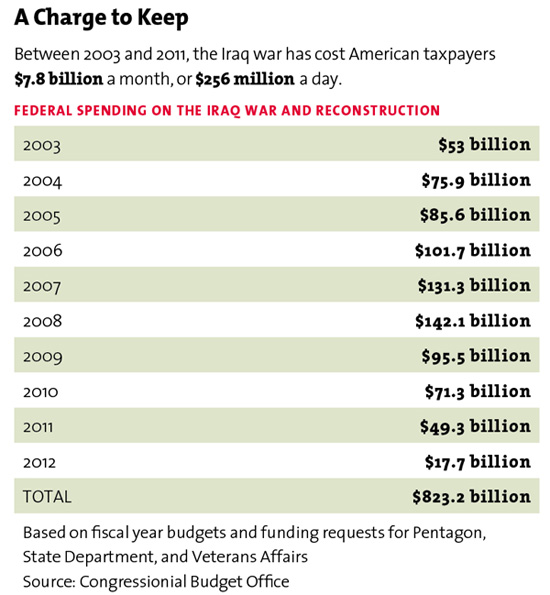