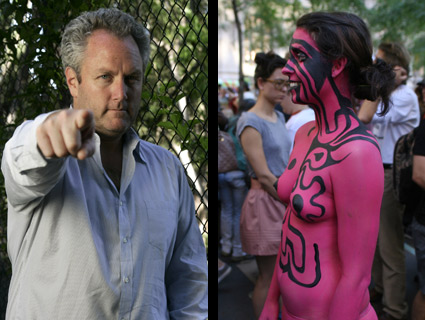 By now you’ve heard about politicians denouncing the anti-Wall Street uprising, from Eric “Beware the mob” Cantor to Herman “Get a job!” Cain. The hostility from the political right is hardly a surprise. But in recent days things have taken a curious turn among the right-wing commentariat, with a fixation on feces, urine, drugs, and sex. For these folks Occupy Wall Street isn’t so much about an economic crisis or even class warfare—it’s crass warfare, with “Revenge of the Dirty Hippies” invading a city near you!

Read on for the best of the worst, gathered up using Storify.