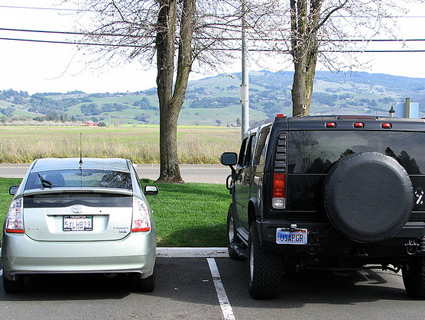 So you’re considering buying a hybrid car. Or maybe you already have. Good for you! You’re saving a bundle on gas and reducing your environmental footprint at the same time. But fuel isn’t the only natural resource that your car requires. Its motor also contains a small amount of neodymium, one of 17 elements listed at the very bottom of the periodic table. Known as the rare earths, these minerals are key to all kinds of green technology: Neodymium magnets turn wind turbines. Cerium helps reduce tailpipe emissions. Yttrium can form phosphors that make light in LED displays and compact fluorescent lightbulbs. Hybrid and electric cars often contain as many as eight different rare earths. 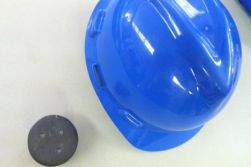 This hockey-puck-size hunk of the rare earth neodymium is currently worth about $350.And the stuff is good for more than just renewable energy technology. Walk down the aisles of your local Best Buy and you’ll be hard-pressed to find something that doesn’t contain at least one of the rare earths, from smartphones to laptop batteries to flat-screen TVs. They’re also crucial for defense technology—radar and sonar systems, tank engines, and the navigation systems in smart bombs.

Given all this, it’s not surprising that the rare-earths industry is booming. Demand for the elements has skyrocketed in the past few years, and a recent report predicted it to grow by 50 percent by 2017.

For the last few decades, China controlled the world’s market for rare earths, producing about 97 percent of the global supply. But in late 2010, China cut its exports by 35 percent in order to keep the valuable metals for its own manufacturers. The prices of rare earths rose almost immediately. Fearing a shortage, US legislators sprang into action. This past April, Rep. Mike Coffman (R-Colo.) introduced a bill that would kick-start a domestic rare-earths renaissance in the United States.

A few rare-earths mines are slated to open in the United States in the next few years, the most hyped of which is a facility called Mountain Pass in California’s Mojave Desert. (It’s actually been around off and on since the ’50s, but a company called Molycorp has given it a major makeover.) When it’s running at full capacity, Mountain Pass will be the largest rare-earths mine in the world, producing upwards of 40,000 tons of the stuff every year.

Which means Molycorp will also have to deal with a whole lot of waste.  Rare earths occur naturally with the radioactive elements thorium and uranium, which, if not stored securely, can leach into groundwater or escape into the air as dust. The refining process requires huge amounts of harsh acids, which also have to be disposed of safely. Molycorp claims that its new operations are leak-proof, but the company’s ambitious plans have raised a few eyebrows among environmentalists, since the site has a history of spills.

But no matter how quickly new mines open, the United States won’t be able to produce enough rare earths on its own—it’s thought that North America contains only 15 percent of the world’s supply. A recent Congressional Research Service report (PDF) recommended that the US seek reliable sources in other countries.

And that’s where the real environmental problems begin. Mines in China have a particularly terrible record of contamination. Communities around a former rare-earths mining operation in Inner Mongolia, for example, blame hundreds of cases of cancer on leaked radioactive waste from the mine, and local people complain that their hair has gone white and their teeth have fallen out.

Right now, our most likely nondomestic rare-earths source is an Australian company called Lynas. Although the company will mine its materials in Australia, it hopes to build its refinery in Malaysia. This idea is controversial among Malaysians, to say the least. Some suspect that Lynas is choosing to refine in Malaysia in order to sidestep more stringent environmental regulations. “If they had built the Australia, it would have been a lot more expensive and difficult to permit than in Malaysia,” says Jon Hykawy, an analyst with the Toronto-based brokerage Byron Markets, which specializes in rare earths.

It’s understandable that Malaysians would be wary of Lynas’ plans, given the nation’s history with rare earths. In the jungled interior of the country, a mine owned by Mitsubishi had a major spill in 1992. In the years since, nearby villagers have seen high rates of birth defects and eight cases of leukemia. And Mitsubishi is still dealing with the mess: The New York Times recently called it “the largest radiation cleanup yet in the rare earth industry.”

This creates a real dilemma: What good is green technology if it’s based on minerals whose extraction is so, well, ungreen? Most of the experts that I talked to agreed that the elements are just too useful to give up on. “We need this stuff,” says Jim Kuipers, an independent mining consultant in Montana. “It’s just a matter of figuring out how to do it right, and unfortunately, the mining industry doesn’t have a strong history of doing this.”

It’ll help if citizens pressure companies to build clean mines and refineries. To that end, Malaysians have formed a group called Stop Lynas to protest the construction of the refinery and the sweet 12-year tax break that the Malaysian government plans to give it. Analyst Hykawy has recommended that his clients sell their stock in Lynas, in part because the controversy over the refinery means that the plant probably won’t be up and running for months, maybe years.

And US companies like Molycorp can help by keeping their promise to pioneer cleaner techniques, which, if they become cheap enough, could be adopted by international mines in the years to come. “There is no reason that if these folks are willing to make this change they couldn’t do it,” Kuipers says. “I just hope they’re really willing.”

So is Molycorp as green as it claims? I visited the site to see for myself. More soon.