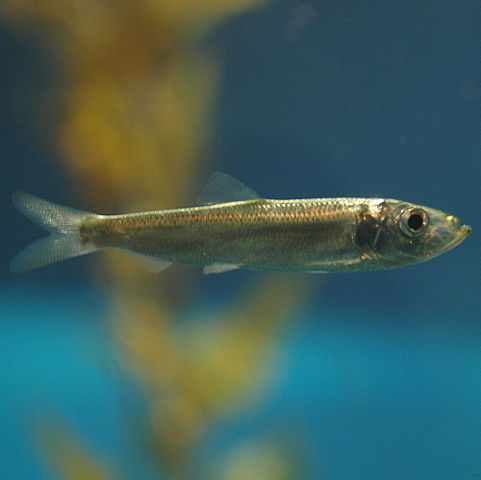 The Cosco Busan container ship that collided with the San Francisco-Oakland Bay Bridge in 2007 and spilled 54,000 gallons of bunker oil into San Francisco Bay wreaked havoc on embryonic fish for the next two years. This according to a new science paper in Proceedings of the National Academy of Sciences.

The effect of bunker oil on Pacific herring was so profound and unexpected that it now redefines our understanding of the sensitivity of fish embryos to oil—even in an environment where there’s a lot of preexisting background pollution.

The accident oiled shoreline near spawning habitats for the largest population of Pacific herring on the west coast of the continental United States. We assessed the health and viability of herring embryos from oiled and unoiled locations that were either deposited by natural spawning or incubated in subtidal cages.

So what was the cause of the unexpected mortality in shallow intertidal waters? The Cosco Busan‘s bunker oil—a blend of thick fuel oil distilled from crude oil and contaminated with various, sometimes unknown, substances—interacting with sunlight. This previously unknown nastiness greatly magnified the effects of the Cosco Busan spill.

“Based on our previous understanding of the effects of oil on embryonic fish, we didn’t think there was enough oil from the Cosco Busan spill to cause this much damage,” said Gary Cherr, director of the UC Davis Bodega Marine Laboratory one of the paper’s co-authors. “And we didn’t expect that the ultraviolet light [sunlight] would dramatically increase toxicity in the actual environment.”

In 2008, virtually no live larvae hatched from the herring spawn collected at the oiled sites. Two years later, embryos sampled from the oiled sites still showed significant heart defects, though no increase in death rates.

The video shows how neglect enabled the spill to go viral.