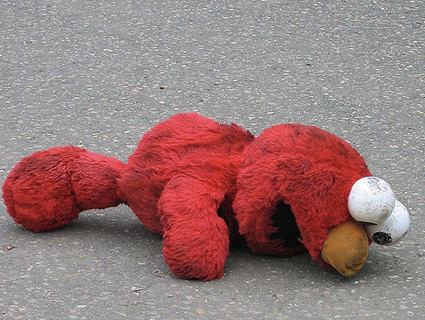 If there was ever a reason for everything in the United Kingdom to suddenly become haunted, this is it:

This week, Durham Crematorium announced plans to install turbines in two of its burners, which, using heat generated during cremation, could produce enough electricity to power “1,500 televisions,” the Telegraph reports. The turbines—part of the crematorium’s £2.3 million (US $3,611,920) furnace replacement project—would run on the steam that comes from cooling the intensely hot gasses used for cremation. Durham could then sell off the electricity to the UK’s National Grid and receive compensation from energy companies under the “feed-in tariffs” program, while using a third burner to heat the offices and chapel. Crematoria across the country are expected to follow Durham’s efficient lead.

Just to be clear, cremation is that thing you do when you want to burn dead people to crispy, funeral-ready ash. This means that all that harnessed energy—for the chapel, the offices, the interconnected power stations—would technically be made from corpses. You could think of this as Sweeney Todd, but for alternative-energy enthusiasts. It might even sound eerily reminiscent of a 2001 Japanese cult film where poltergeists destroy human civilization after entering our world via modern technology.

Actually, once you get over the macabre elements, it’s kind of a good idea that sponsors promise will be carried out with utmost transparency. Durham Crematorium, run by the county council, will host several “open days” in an attempt to drum up broad public support for the plan. (Similar projects have enjoyed community support in areas such as the city of Halmstad in Sweden.)

“If there is genuine spare capacity to generate electricity then we are certainly interested in investigating that [and] if it was thought to be acceptable in the eyes of the public we would almost certainly pursue that,” Alan José, superintendent at Durham Crematorium, said in an interview with the Telegraph. “Apart from it being common sense for us to try to conserve energy, it also enables us to keep the fees down…We don’t want to become known as a power station rather than a crematorium because we try to provide a reverend and decent place for people to have a cremation service.”

Due to the UK’s ever-rising electricity costs—plus the fact that over 70 percent of the country’s dead end up getting cremated, anyway—it’s probably safe to assume that this trend will continue picking up steam. But the success of this type of program ultimately depends on how uneasy people get when faced with the possibility that their electric foot massager might be powered by recently departed grandpa.