Barack Obama spent $730 million getting to the White House in 2008—twice as much as George W. Bush spent 4 years earlier and more than 260 times what Abraham Lincoln spent in his first election (as measured in 2011 dollars). Looking at the total costs of presidential elections over the past 150 years, it would seem that the White House is the ultimate recession-proof commodity: 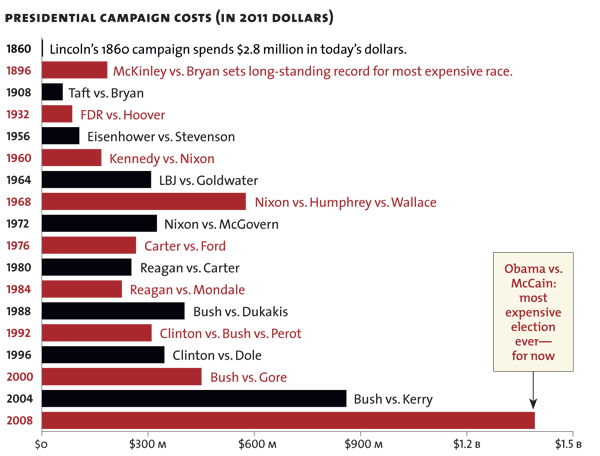 So is the White House overpriced? Depends on what you’re comparing it against. The increase in campaign costs (measured in real dollars) significantly outpaced the price of gold’s rise over the 20th century. Yet between 1908 and 2008, real campaign costs did not keep up with real GDP growth.* 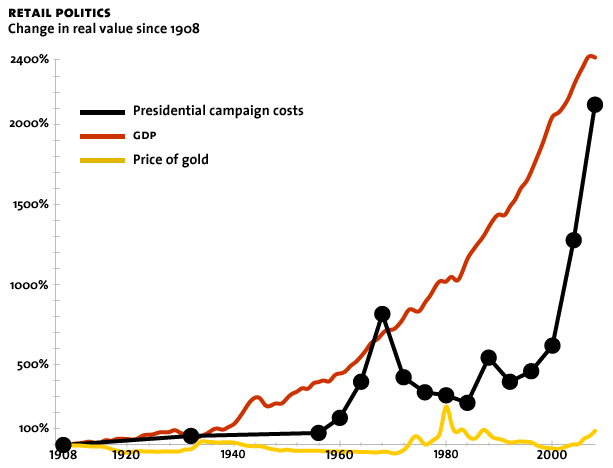 We’ll see if these trends hold; 2012 could beat all records for campaign spending—and that’s not counting super-PAC money.

Note: Election costs include all major candidates’ spending and cost of primaries, when known; they do not include outside spending.