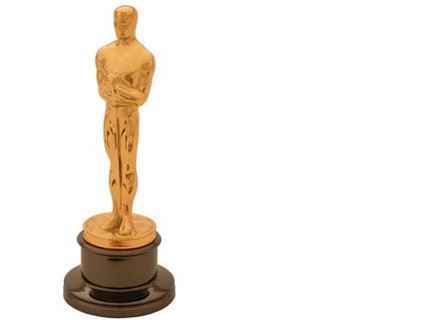 Are the United States and Iran on a collision course over the Middle Eastern country’s controversial nuclear program? We’ll be regularly posting the latest news on Iran-war fever—the intel, the media frenzy, and the rhetoric.

The last few days have been a bit tense: The International Atomic Energy Agency reported that Iran is beefing up its production of higher-grade enriched uranium. The Pentagon recently strengthened sea and land defenses in the Persian Gulf. And the American Academy of Motion Picture Arts and Sciences just aided the Iranian regime in dealing a death blow to Zionist warmongering.

At least that’s how Iran’s state media is spinning Oscar night. After the highly acclaimed Iranian film A Separation scored the Best Foreign-Language Film award for 2011 (beating out Israeli art film Footnote), state-run TV touted the win as a victory over the “Zionist regime” and the Israel lobby. Similarly, Javad Shamaghdari, head of Iran’s Cinematic Agency, declared the moment the “beginning of the collapse” of a pro-Israel movement in the United States that “beats the drum of war.” (This did not, however, change the fact that hardliners in the Iranian government are still actually rather pissed at the film’s “liberal” slant.)

During his acceptance speech on Sunday night, director Asghar Farhadi spoke of Iran’s “glorious culture” that has been “hidden under the heavy dust of politics.” He dedicated the award to the Iranian people—a people who “respect all cultures and civilizations, and despise hostility and resentment.”

The vagueness of his words (Is the referenced “hostility and resentment” that of American, Israeli, or Iranian aggression?) was likely a careful hedge on Farhadi’s part. In September 2010, as Farhadi was putting the finishing touches on A Separation, Iranian authorities revoked the director’s industry permits due to comments he made that were perceived as supportive of dissident filmmakers and the Green Movement. A week later, he submitted an apology to the country’s Culture Ministry, and his license was reissued. (Iran’s culture minister Mohammad Hosseini later commented that he felt that Farhadi “had realized his mistakes.”)