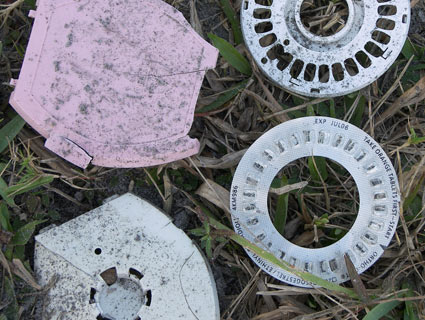 Yet in the past six months, social conservatives have widened their offensive, and their new target is clear: Not satisfied with making it harder to obtain legal abortions, they want to limit access to birth control, too.

On a lighter note, don’t miss The Greatest Hits in Contraceptive History slideshow. Or this particular throwback birth-control method.

“Contraception is under attack in a way it really wasn’t in the past few years,” says Judy Waxman, the vice president for health and reproductive rights at the National Women’s Law Center. “In 2004, we could not find any group—the National Right to Life Committee, the Bush campaign, anyone—that would go on the record to say they’re opposed to birth control,” adds Elizabeth Shipp, the political director for NARAL Pro-Choice America. “We couldn’t find them in 2006 either, and in 2008 it was just fringe groups. In 2010, 2011, and this year, it’s just exploded.”

The first sign of the new assault came last October, when Mississippi activists and congressional Republicans pushed legislation on the state and federal level, respectively, that would have treated zygotes—a.k.a. fertilized human eggs—as legal “persons.” If the definition of legal personhood is changed so that it begins when sperm meets an egg, hormonal birth control or barrier devices that prevent zygotes from implanting in the uterine wall could become illegal, making using an IUD tantamount to murder. Yet some 40 percent of House Republicans and a quarter of their allies in the Senate back bills that would do just that.

That’s not all. Earlier this year, Sen. Marco Rubio (R-Fla.), a rising conservative star who’s considered a possible pick for the 2012 GOP vice-presidential nomination, introduced a bill that could cut off birth control access for millions of women by allowing even non-religious employers to refuse birth control coverage as long as they cite a religious reason. In other words, if your boss doesn’t want to cover birth control in the company health plan because he says it would offend his religious beliefs, he wouldn’t have to—even if his Cialis was still covered. Rubio’s bill could also allow states to refuse to provide birth control through Medicaid, which provides family planning services to millions of poor women.

“These are people who have never, ever approved of birth control, and they saw an opportunity to take it one step further.”

The Republican presidential candidates also have come out against birth control. Mitt Romney has slammed President Barack Obama for requiring most employers to offer insurance that provides birth control at no cost to women who want it, even though Romney himself maintained a similar rule as governor of Massachusetts.

Former Pennsylvania Sen. Rick Santorum, who won the non-binding Missouri primary as well as the Minnesota and Colorado caucuses on Tuesday, has also slammed Obama’s decision. But he’s also gone farther than that, suggesting that any form of birth control is immoral. “Many of the Christian faith have said, well, that’s okay, contraception is okay,” Santorum, a devout Catholic, said in October. “It’s not okay. It’s a license to do things in a sexual realm that is counter to how things are supposed to be.” As Salon‘s Irin Carmon has documented, Santorum thinks Griswold v. Connecticut, the Supreme Court decision that said states can not deny married couples access to contraception, should be overturned.

Even previously uncontroversial ideas about contraception are now being questioned. As I explained in this story about Obama’s birth-control policy, most of the administration’s recently-issued rule requiring companies to provide birth control to their employees has been widely accepted federal law for a decade. Requiring employers to provide birth control if they provide other preventative services was so uncontroversial that most employers—even Catholic universities like DePaul, in Chicago—simply changed their policies and offered birth control to avoid being sued. The percentage of employers offering birth control coverage tripled in a decade. The national controversy only erupted after Obama issued the new rule in January.

NARAL’s Shipp thinks the battlefield has definitely shifted. “First, everyone thought it was all about abortion access and abortion rights,” she says. “But they decided to move the goalposts, and it’s been kind of stunning how far to the right they’ve gone. These are people who have never, ever approved of birth control, and they saw an opportunity to take it one step further.”

The White House probably isn’t entirely unhappy with all the fighting over contraception. As the Washington Post‘s Sarah Kliff wrote, the birth control issue gives Obama’s reelection campaign “a chance to widen the reproductive health debate beyond abortion” and energize young, secular abortion-rights supporters who might not otherwise vote.

Republicans who support abortion rights have warned their fellow GOPers that picking a fight over contraception could be a disaster. But even that hasn’t slowed down the onslaught—on Wednesday, Speaker of the House John Boehner (R-Ohio), warned that he would soon push forward legislation that would allow employers to refuse to provide birth control to their employees. Boehner’s Senate counterpart, Sen. Mitch McConnell (R-Ky.), noted that several Republican senators have already introduced bills on the subject. One of those bills is Rubio’s aforementioned Religious Freedom Restoration Act.

“I’m a little bit stunned with how far they have gone on birth control with absolutely no regard for the political consequences,” Shipp continues. “Whether it’s Rick Santorum, Mitt Romney—I don’t think Newt Gingrich—if any of these guys think they’re going to be able to come back to the middle after the attacks they’ve made on birth control, they’re sadly mistaken, because the general public thinks they’re just whack-a-doodle.”