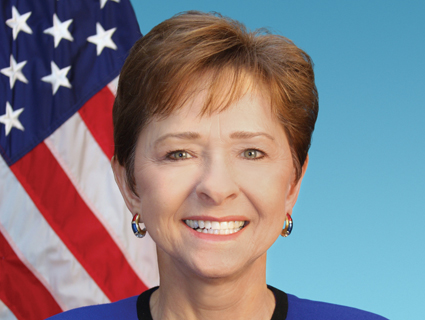 North Carolina GOP Rep. Sue Myrick told supporters on Tuesday that she will not be seeking re-election next November, making her the third elected representative from the state to announce her retirement in just the last few weeks. On the surface, it’s not an especially big deal, largely because Myrick is hardly a power-broker in Congress and her district is solidly conservative.

But Myrick’s departure will deprive Congress of one of its loudest voices in the fight against the largely nonexistent threat of “stealth jihad”—a congresswoman who once held a press conference to declare that the Capitol had been infiltrated by a secret cabal of radical Islamist interns bent on destroying America from within. (As anyone who’s spent much time in this city knows, the real power in Washington is held by Hill interns; the lobbyists are just there to make sure we don’t run out of cigars.)

Such behavior would become a pattern. When Myrick sat down with Muslim constituents in Charlotte in 2010 to explain herself, the Associated Press noted that Myrick had “proposed fighting Islamic radicalization by cutting off exchange programs and weapons sales with Saudi Arabia, passing legislation that would make it a treasonous offense to call for the death of American citizens and investigating the selection of Arabic translators.” Admittedly, it was an incomplete list. Last August, she held hearings on the Muslim Brotherhood’s supposed attempt to take over America through self-jihad (it didn’t go so well). Myrick has also addressed—and been honored by—the anti-Islam activist group ACT! for America. ACT!’s founder, Brigitte Gabriel, believes Muslims should be prohibited from serving in the military and blocked from holding public office.

Last fall, Myrick canceled her planned appearance at a September 11th memorial out of concerns that she had become a target for terrorists, citing an article published by Iranian state media that mentioned her name. Myrick declined to elaborate on the specifics of the threat, except to say that “I live with threats every day; that’s my life.” The Iranian report was actually just a translation of a report on Islamophobia published by the liberal Center for American Progress. And although Myrick alleged that she had been told be intelligence sources that the article put her life at risk, Salon‘s Justin Elliott noted that none of the other Republican members of Congress implicated in the report canceled their public events on 9/11.