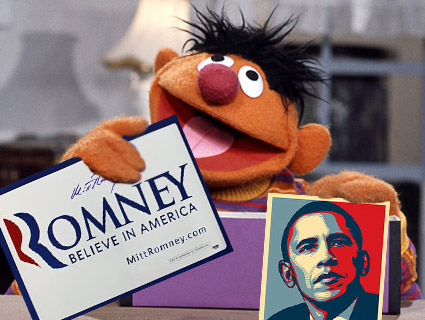 Last Thursday, the 9th US Circuit Court of Appeals in San Francisco struck down a seven-decade-old ban on political ads on noncommercial TV and radio stations. Not surprisingly, the prospect that Elmo and the Dowager Countess now might have to share the airwaves with attack ads prompted a mild freakout.

Former PBS board member and American Enterprise Institute resident scholar Norman Ornstein told Reuters that the decision might “fundamentally change the character of public television and radio.” The court’s one dissenting judge similarly warned that the ruling could “jeopardize the future of public broadcasting.” Craig Aaron, president and chief executive of Free Press, told the Los Angeles Times, “Viewers don’t want to see Sesame Street being brought to them by shadowy Super PACs.” But such concerns may be premature.

The court’s decision (PDF) was in response to a $10,000 Federal Communications Commission fine levied on the Minority Television Project, a San Francisco public TV operator that had aired nonpolitical ads from Chevrolet and State Farm. That move violated an advertising ban dating back to the beginnings of noncommercial broadcasting in the 1940s. While the court upheld the ban on ads for “goods and services by for-profit entities,” its two-judge majority found that banning ads that are political or “regarding issues of public importance or interest” violated the First Amendment. (The fine against Minority Television Project still stands.)

The decision, which only affects the 9th Circuit’s nine-state jurisdiction, prevents the government from prohibiting PBS or other noncommercial stations from broadcasting political ads, but it does not force the stations to do it. Noncommercial stations remain exempt from the “reasonable access” rules spelled out by the Communications Act of 1934, which threaten to revoke commercial stations’ licenses if they reject ads from candidates for federal office. (Antiaborton foe and presidential candidate Randall Terry has been testing these access rules with his gory campaign ads.) Yet in the case of public TV stations, the decision whether to air a candidate’s ad appears to be up to them. Any PBS station that did air a campaign ad could be opening up the floodgates for more ads, since competing candidates could then request equal ad time at the same price as their opponent.

What about the specter of third-party attack ads running during Sesame Street? According to an FCC spokeswoman, the court’s ruling does not open the door for ads from super-PACs, which the commission views as commercial advertisers. That interpretation, however, appears to run counter to Judge Carlos Bea’s majority opinion, which did not distinguish between ads from candidates or advocacy groups. So that may remain a matter for the courts.

If an appeal is rejected, the FCC could turn to the Supreme Court. If it doesn’t, or if no appeal is filed, the 9th Circuit will soon issue a mandate enforcing the decision—at which point public TV stations in Western states and Alaska could begin airing dueling campaign ads—assuming there are candidates who think that spots during Antiques Roadshow are the best bang for their advertising bucks. Asked if his station would consider running political ads, a spokesman for KQED, a major northern California NPR and PBS affiliate, said he couldn’t comment on the ruling “because we’re expecting that to go through the legal process.”

Either way, PBS viewers are already used to seeing ads on their ostensibly commercial-free stations. As Judge John Noonan noted in his concurring opinion, “As a viewer of Jim Lehrer NewsHour and its successor, I have seen announcements that to my mind are ads. For example, I have viewed Charles Schwab’s message, ‘Talk to Chuck’—it is not about Chuck’s golf game.”