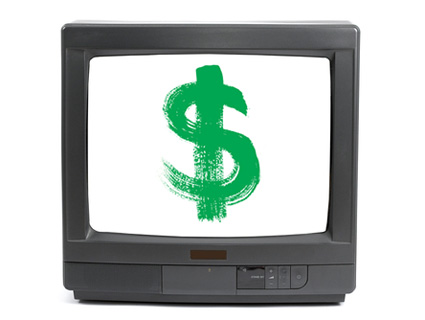 My television is 100-pound behemoth from an era when Seinfeld was still must-see TV. So, when a couple of friends offered to sell my husband and me their “old” set a month ago—a svelte 32” flat screen I could have carried home without getting winded—we jumped at the chance.

We immediately boasted about our purchase to my in-laws. My former banker father-in-law reminded me that, as a bonus, we could deduct the cost of the ancient set from our taxes after we donated it.

If only. We’ll still donate the TV. But our tax form, like an IRS Soup Nazi, won’t permit us to cash in on that bonus because of a flaw in how this bonus is calculated. No big deal, right? Think again. My junky TV is actually emblematic of a much larger problem in the tax code—one that disadvantages about 70 percent of tax filers. Here’s why.

While we’re all aware of paying into the tax system, most taxpayers are less cognizant of the many ways the system pays us. In fact, according the Obama Administration’s most recent budget, the tax system will pay out over $1 trillion—more than the cost of Social Security or the combined cost of Medicare and Medicaid—in the form of reduced tax bills and refunds. Essentially, the government offers “good deed” vouchers—deductions and credits that encourage people to make choices that benefit themselves and others. Choices like donating an antique TV to the Salvation Army rather than depositing it in the dumpster.

Before you say, “gee, thanks tax code!” it’s important to remember that you’re eligible for these benefits only if the total value of all of your “good deed” vouchers exceeds the lump sum amount (standard deduction) that is available to everyone.

For all but 30 percent of filers, the standard deduction, $11,600 in 2011, is of greater value than all their “good deed” vouchers combined. That’s because the value of your voucher is determined by your tax rate. For instance, the donation of my television, valued at, say, $100, would earn a $15 voucher for someone in the 15 percent tax bracket but a $35 voucher for someone in the 35 percent bracket.

This is the opposite of how an efficient system would work. If the goal of these vouchers is to encourage more people to make these beneficial choices, then lower income households need a larger incentive, not a smaller one: They are least able to absorb the cost of those “deeds” with the resources they have. Higher income families, on the other hand, are much more likely to make the kinds of choices the tax code encourages, even without the federally subsidized carrot.

Most of the encouraged choices are more consequential to the wellbeing of families than the value of TV donations. Saving for the future, going to college, and owning a home are examples of “good deeds” that are proven ways to help families at the bottom of the economic ladder move up. Research from the Pew Economic Mobility project shows that children with low-income, low-saving parents have a 50-50 shot of moving into a higher income quartile, but children with low-income, high-saving parents have over a 70 percent shot. Since the vast majority of federal spending to support these investments—$508 out of $548 billion according to recent analysis by The New America Foundation—will be spent as “good deed” tax vouchers, low-income families miss out.

This is bad policy and wasteful spending. Instead of directing federal resources where they could make a difference, the tax code lets them trickle-up to people who don’t need them. Retirement savings are one example. Low-income workers are least likely to work for an employer who offers a retirement plan. That means they’re also least likely to participate in a retirement plan, and they therefore need the most support to save for retirement. They aren’t getting it: The Center for Retirement Research at Boston College has found that 80 percent of “good deed” vouchers paid out to offset retirement savings will go to workers in the top income quintile. The result of that $73 billion investment? According to the non-partisan Congressional Research Service, “because higher earners would save much of their income even without tax incentives to do so, a substantial share of the revenue lost through the deduction for contributions to retirement plans does not result in a net increase in national saving.”

To start solving this problem, Congress would be wise to look at a strategy that’s already showing promising results: Since 2008, the City of New York has offered a pilot program called $aveNYC. The initiative offers a match to low income tax filers who save a portion of their refund money. By the conclusion of the third year, 2,200 very low-income people had saved an average of $560, and evidence suggests that savings is becoming a habit: Almost three-quarters of participants continued saving a year after opening their account. Three more cities, Newark, Tulsa, and San Antonio, are currently replicating the program with federal dollars. The Saver’s Bonus Act, originally introduced by Senator Robert Menendez (D-NJ) would make this program a permanent part of the tax code.

Like my old TV, our current tax policy is outdated and inefficient. It needs an upgrade. We must strive for a tax system that helps low-income families climb the economic ladder—not one that neglects them on the bottom rung.