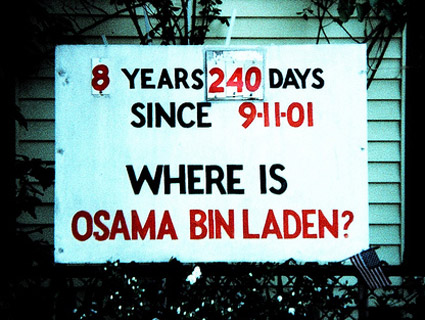 In a message released in November 2004, Osama bin Laden declared, “We are continuing this policy in bleeding America to the point of bankruptcy.” The United States’ reaction to the September 11 attacks, he reasoned, proved that terrorism’s power lay not simply in its potential for carnage but in its ability to prod a superpower to incur costly, crippling financial expenses in its pursuit of security. “The real loser,” he concluded, would be “the American people and their economy.”

Bin Laden was killed a year ago, ending what was arguably the most costly manhunt in history. However, his death did not mark the end of the massive expenses racked up during the decade following September 11, many of which will be with us for the forseable future. A quick look at the numbers: 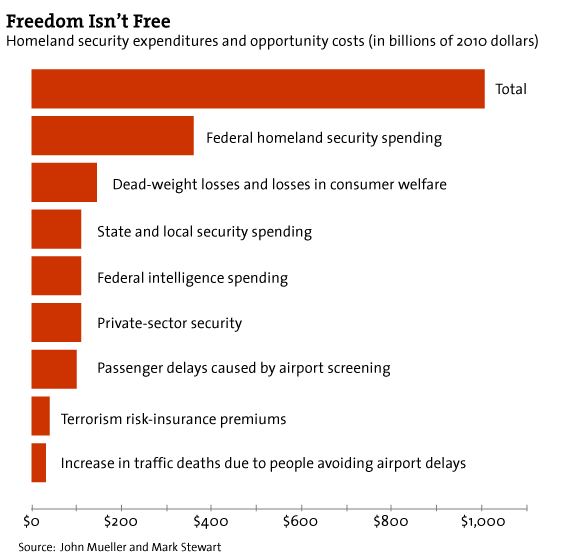 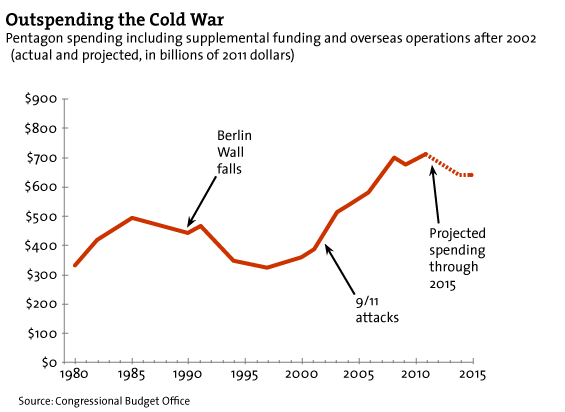 US military casualties: Department of Defense

9/11 death toll: the New York Times (Does not include hijackers.)