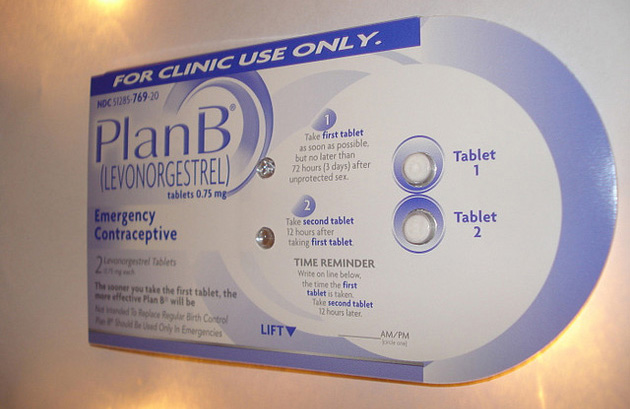 For over a decade, anti-abortion activists have objected to emergency contraception, claiming that it prevents already fertilized eggs from implanting in women’s uteruses and therefore terminates pregnancies.

Just one problem: the science doesn’t support them.

That’s according to an exhaustive New York Times article published this week that reviewed decades worth of science on how what’s commonly known as the morning-after pill works. Most of this research took place after 1999, when Plan B and other similar drugs were first approved for the market.

Back then, the drug’s mechanisms weren’t well understood; pre-approval research focused on establishing that emergency contraception’s active hormone safely and effectively prevented pregnancy when taken shortly after unprotected sex. While government scientists were satisfied the drug worked, they didn’t have a clear understanding of exactly how it did; so the FDA label provided a laundry list of potential causes, including the one—interfering with the implantation of a fertilized egg in the woman’s uterus—that has drawn fire from rock-ribbed pro-lifers.

Since then, the science has developed a much clearer picture of the drug’s effects. Study after study has conclusively shown that emergency contraception (or EC) actually prevents egg release—and without eggs, naturally, fertilization can’t happen, let alone implantation. Other studies have in fact shown that the drug is ineffective when taken after a woman has already ovulated. The International Federation of Gynecology and Obstetrics has stated conclusively that the three emergency contraception drugs on the market “do not inhibit implantation.”

Even with this new evidence, the drug labeling has stayed the same (despite a request from the manufacturer to remove it in 2009), and public perception of how the drug works have stayed muddled. Misleading words from anti-abortion rights organizations and high profile politicians haven’t helped. In February, Mitt Romney referred to morning-after pills as “abortive pills.” Newt Gingrich and Rick Santorum used similar language at the height of the Republican primary contests. Anti-abortion groups like Americans United for Life and the American Life League both define personhood as beginning at conception and then, drawing from the vague and inaccurate FDA labeling about implantation, argue that EC is a form of abortion.

So why doesn’t the FDA simply switch out the labels for the more up to date science? The answer is probably a lot of boring bureaucratic reasons, but the New York Times piece also stresses trepidation from scientists unwilling to make definitive claims in what has become an increasingly political issue.

“Given that time and again politics has trumped science with this product, it’s understandable to be skeptical that the FDA would change the label,” Andrea Miller, president of the National Institute for Reproductive Health and NARAL Pro-Choice New York, told Mother Jones. “Ironically, by its inaction, the FDA is allowing the product to continue to be politicized.”