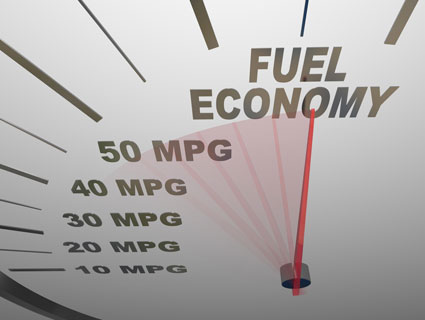 Good for the environment, good for the economy—more fuel efficient cars will result in job growth according to a new study. In the analysis, the BlueGreen Alliance and the American Council for an Energy Efficient Economy (ACEEE) found that 570,000 jobs will be created in the US by 2030 with Obama’s proposed fuel efficiency increase.

Luke Tonachel, a vehicles analyst with the National Resource Defense Council, explained on his NRDC blog:

1) improving automobile efficiency requires the addition of new technologies, which are designed and manufactured by adding workers in the auto industry and (2) money saved on gasoline by drivers will be spent on other goods and services, increasing jobs across the economy.

Job creation isn’t the only boost the US economy could receive from the fuel efficiency standards; the study determined a net increase in annual GDP of $75 billion by 2030. Also, the efficiency standards (if achieved) would close the gap between US standards and other countries manufacturing cars—including China, Japan and the European Union. With this gap closing, researchers noted the potential to strengthen presence of US auto-manufacturers in the international market.

So fuel efficiency is a win-win-win-win (and so on), with the Obama administration set to finalize the standards by August.