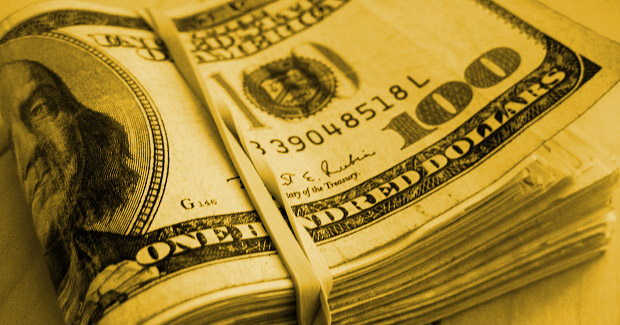 As election season heats up, I asked my Mother Jones colleagues to suggest their picks for the best recent long-form reportage on one of our favorite topics—the stories behind the money in American politics. For more MoJo staffers’ long-form favorites, visit our longreads.com page. Take a look at some of our own reporters’ longreads here, and be sure to follow @longreads and @motherjones on Twitter for the latest.

Just how much political influence can one wealthy individual wield? A whole lot, according to Mayer’s profile of conservative North Carolina philanthropist and self-proclaimed defender of democracy Art Pope.

I met with Pope recently in a suburban office building that serves as the Raleigh headquarters of Variety Wholesalers. In a spare conference room overlooking a parking lot, he told me that he is indeed misunderstood. “If the left wing wants a whipping boy, a bogeyman, they throw out my name,” he said. “Some things I hear about Art Pope—you know, I don’t like this guy Art Pope that they’re talking about. I don’t know him. If what they say were true, I wouldn’t like a lot of things about me. But they’re just not true.”

Before the 2008 election, Gwynne got the reclusive Texan who was America’s (then) top political donor to open up a bit.

In spite of such a massive political presence, Perry is as mysterious as some of the groups he funds. He never talks to the press, rarely appears in public, and remains an inscrutable figure even to people to whom he has given hundreds of thousands of dollars. He might have maintained this relatively low profile indefinitely, except that in 2004 he was the largest funder of the Swift Boat Veterans for Truth, the controversial 527 that many people credit with derailing John Kerry’s presidential campaign. Almost overnight, Perry became a poster boy for the notion that a cabal of wealthy donors, shady consultants, and unaccountable 527’s was taking over American politics.

In this epic tale, Kroll details the four-decade battle over campaign finance starting with Watergate money laundering and culminating in the current super-PAC free-for-all.

“We’re back to the Nixon era,” says Norman Ornstein of the conservative American Enterprise Institute, “the era of undisclosed money, of big cash amounts and huge interests that are small in number dominating American politics.” This is the story of how we got here.

The dawn of the super-PAC era caught a lot of people by surprise. Mencimer profiles James Bopp, the legal mastermind who made it possible.

Clad in a brown sweater and sitting awkwardly with a cane at his side, Bopp looked far more mortal than you might expect for “the man behind our secret elections,” as Common Cause recently dubbed him (PDF). When I asked him about the allegation that he uses his small, nonprofit clients as cover for a big-business agenda, a frustrated look crossed his face. He’d happily represent corporate clients, he said, “if they’d hire me.” The problem, he said, was that those clients want their lawyers in DC, not Indiana.

Toobin documents how one of the defining decisions of the Roberts Supreme Court arose from a case of seemingly “modest importance.”

In a different way, though, Citizens United is a distinctive product of the Roberts Court. The decision followed a lengthy and bitter behind-the-scenes struggle among the Justices that produced both secret unpublished opinions and a rare reargument of a case. The case, too, reflects the aggressive conservative judicial activism of the Roberts Court. It was once liberals who were associated with using the courts to overturn the work of the democratically elected branches of government, but the current Court has matched contempt for Congress with a disdain for many of the Court’s own precedents. When the Court announced its final ruling on Citizens United, on January 21, 2010, the vote was five to four and the majority opinion was written by Anthony Kennedy. Above all, though, the result represented a triumph for Chief Justice Roberts. Even without writing the opinion, Roberts, more than anyone, shaped what the Court did. As American politics assumes its new form in the post-Citizens United era, the credit or the blame goes mostly to him.

With his signature prose, the author of Pity the Billionaire investigates the deep-pocketed players paying for the 2012 election.

It dawned on the world that we had reached a new level of campaign savagery during the weeks before the Iowa caucuses. For a brief moment, you will recall, Newt Gingrich, who had foresworn negative advertising and was behaving in an uncharacteristically congenial manner, took the lead in public-opinion polls. Almost immediately, Mitt Romney—which is to say, Mitt Romney’s studiously non-aligned corporate doppelgänger, the Restore Our Future Super PAC—blitzed his slow-moving opponent with a storm of derisive TV commercials. The spots ran day and night, and utterly destroyed Gingrich’s standing in the polls.

Among people who follow campaign spending closely, this seems to have been a sort of Hiroshima moment: the vast power of a new weapon was finally unveiled. Candidates like Romney could appear to be models of civic virtue, without an unkind or even combative thought in their heads, while their wealthy patrons came together to heap ridicule on their rivals, in unprecedented quantities of advertising and degrees of viciousness. All of the hand-shaking and diner-visiting and carefully drawn position papers were swept into irrelevance.

And finally: They’re not long and you can’t read ’em, but while we’re on the subject, have you seen our Game of Thrones attack ads?