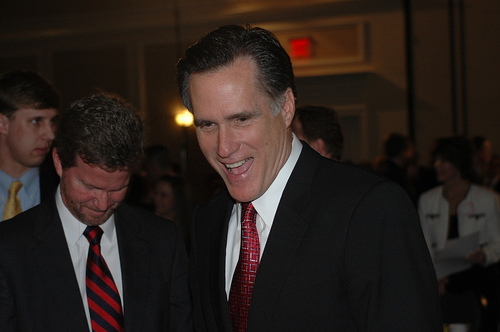 The Mitt Romney money machine is showing no sign of slowing down.

Romney’s re-election effort raised north of nine figures for the second month in a row, raking in $101.3 million in July, his campaign announced Monday. That comes after raising $106 million in June, a blockbuster haul that topped the Obama campaign’s June fundraising by $35 million.

It’s still unlikely that Romney will raise more than Obama, despite the Obama campaign’s many emails suggesting otherwise. By the end of June, Obama and affiliated Democratic groups had raised $552 million to Romney and the GOP’s $394 million. The Sunlight Foundation’s Bill Allison noted that, at the current pace, Romney would have to beat Obama’s monthly fundraising total by an average of $39.5 million in July, August, September, and October to come out on top.

That’s not impossible. But the chances of Romney pulling that off are slim, especially as less-motivated Democratic donors who’ve stayed on the sidelines thus far notice tightening polls and finally crack open their checkbooks. What Romney can count on, though, is a sizeable advantage in GOP outside spending by super-PACs and secretive nonprofit groups—a difference that, on Election Day, could prove crucial.