Mitt Romney has been on the defensive today over a new study that found his tax plan would most likely increase taxes on the middle class in order to pay for a hefty tax cut for the wealthiest Americans. The study (pdf) by the nonpartisan Tax Policy Center scrutinizes Romney’s plan to pay for a variety of tax cuts by closing tax loopholes. It concludes that under the most progressive approach possible, Romney’s plan would give an $87,000 tax cut to people making more than $1 million a year but require 95 percent of Americans to pay more taxes—on average, $500 more per year.

“He’s asking you to pay more so that people like him can get a big tax cut,” Obama said from the campaign trail in Ohio today.

Romney has pushed back against the study, claiming that the Tax Policy Center (a wing of the Brookings Institution) is a “liberal” group. But as ThinkProgress points out, Romney praised the Tax Policy Center’s analysis of Gov. Rick Perry’s tax plan during the GOP primaries, calling it an “objective, third-party analysis.”

Here’s TPC’s chart illustrating who will win and lose from Romney’s tax plan: 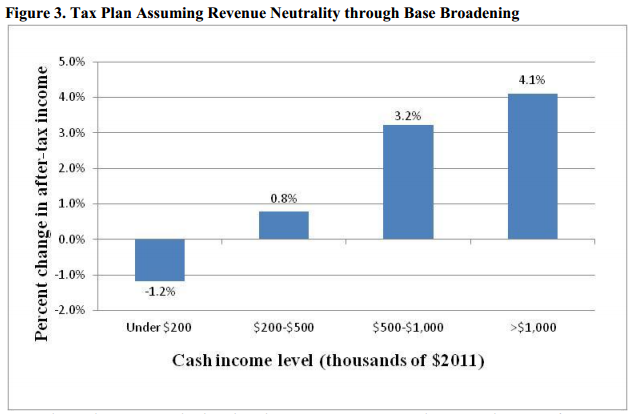