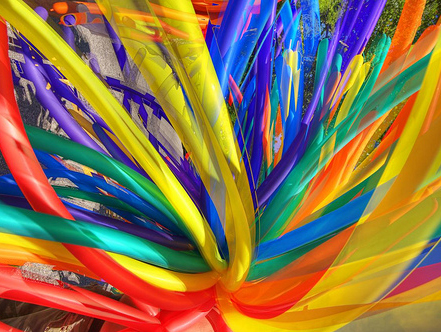 The Washington Blade highlights the fact that Rep. Todd Akin (R-Mo.) has crazy ideas about the gays as well as the female anatomy. Here’s a quote from a speech the GOP congressman gave on the House floor in 2006:

“From a practical point of view, to preserve our civilization and society, it’s important for us to preserve marriage,” Akin said. “Anybody who knows something about the history of the human race knows that there is no civilization which has condoned homosexual marriage widely and openly that has long survived.”

Of course, same-sex coupling has been around since Jesus and the dinosaurs walked hand-in-hand through the Holy Land, and humanity doesn’t seem to have collapsed just yet.

The Blade reports that Akin has maintained a score of zero on the Human Rights Campaign’s yearly congressional tally, and kept up a rigorous routine of attempting to block rights for LGBT community. He proposed an amendment in May that would undermine the repeal of Don’t Ask, Don’t Tell by allowing individuals to object to serving alongside LGBT members. He also introduced a measure that would bar same-sex marriages from taking place on military bases and block military chaplains from officiating at those ceremonies. He has voted for a Federal Marriage Amendment that would enshrine marriage as between a man and a woman under the US Constitution. He also voted against hate crime and employment non-discrimination protections for LGBT individuals.