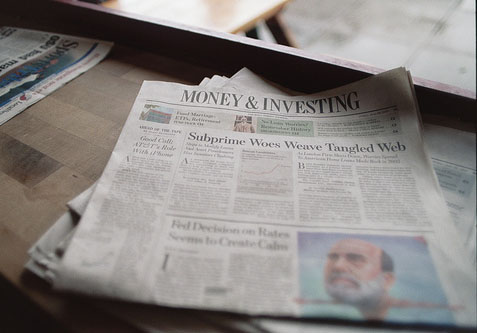 The Wall Street Journal editorial page has claimed in recent years that the science of climate change is “disputable,” that global warming is just a “fad-scare,” and that proposals to deal with it are merely attempts to exert “political control.” That the paper keeps repeating these tired claims is not news.

It is news, though, that the Journal‘s editorial board has made the same series of claims about every major environmental concern in recent history—not only climate change, but acid rain and the hole in the ozone layer, too. Media Matters for America has put together a series of timelines showing the Journal repeatedly arguing that we don’t know enough about an environmental problem, protesting that dealing with it would cost too much money, and dismissing questions about what to do as too “political.” The full analysis is here. This is the acid rain timeline: 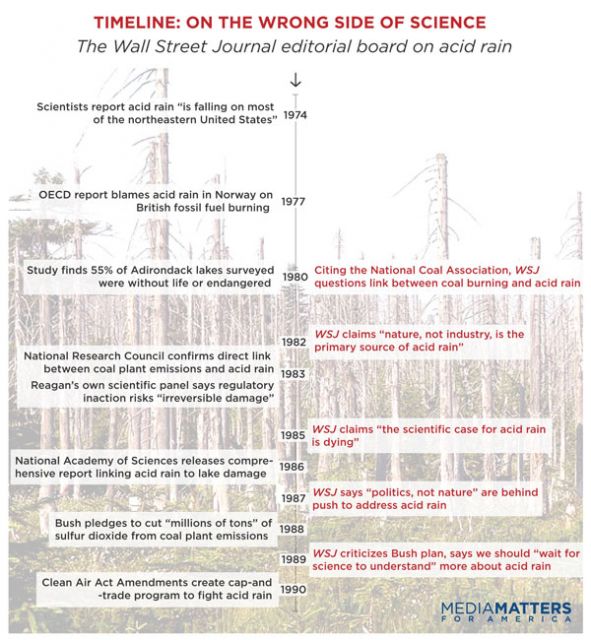