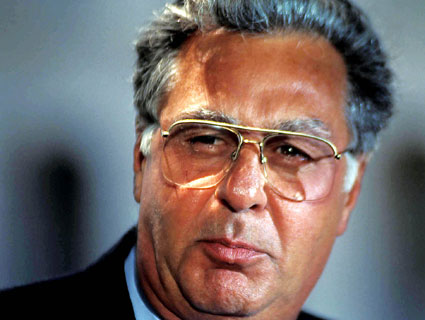 The Sunlight Foundation, a group that pushes for more transparent politics and policymaking, on Friday reported that federal records show that two mystery companies in September donated over $12 million to the super PAC of FreedomWorks, the tea party-supporting organization that this week was rocked by the abrupt resignation of its chairman, Dick Armey, the former Republican House majority leader. These contributions accounted for more than half of the $23.2 million the group raised for the 2012 campaign, and they came from two shadowy Knoxville-Tennessee-based firms—Specialty Group, Inc., and Pike Development LLC—that publicly have no reason to exist other than apparently to make contributions and mask the true source of the money. Moreover, Armey tells Mother Jones that he knew nothing about the donations or the origins of the cash and that he quit FreedomWorks partly because of a lack of transparency.

After the Sunlight Foundation posted this report—noting that the sources of this funding “remain shadowy”—Mother Jones contacted Armey and asked if he had been aware of these contributions and of where the money came from. He replied, “I know nothing about this.”

That seemed odd. He was until last Friday the chair of FreedomWorks. Shouldn’t he have been in the loop? “This kind of secrecy is why I left,” Armey maintained. He added, “I have never seen anything like this before.”

Mother Jones then reached Matt Kibbe, the president of FreedomWorks (whom Armey has accused of misappropriating FreedomWorks resources for his own personal benefit), and asked if it was unusual for the chairman of an outfit to be in the dark about half of the group’s funding. “Well, we have 81,000 individual donors,” Kibbe replied. Indeed, but only two donations that account for over $12 million. Nothing curious about Armey not being in-the-know? “It’s not unusual,” Kibbe said. He continued: “I don’t know about these [donations]. It’s the first time I’ve heard.”

This seemed even more bizarre. Would Kibbe not know where half of the money for his group’s super PAC came from? In fact, in September, Associated Press reported,

When asked how he could not be aware of these hefty donations, Kibbe requested that he be sent the Sunlight Foundation article and said, “I’m not supposed to comment before reading.”

Armey’s bad-blood departure from FreedomWorks—which yielded him an $8 million payout—has created a bigtime dustup. And the group’s big secrets may well be in jeopardy.